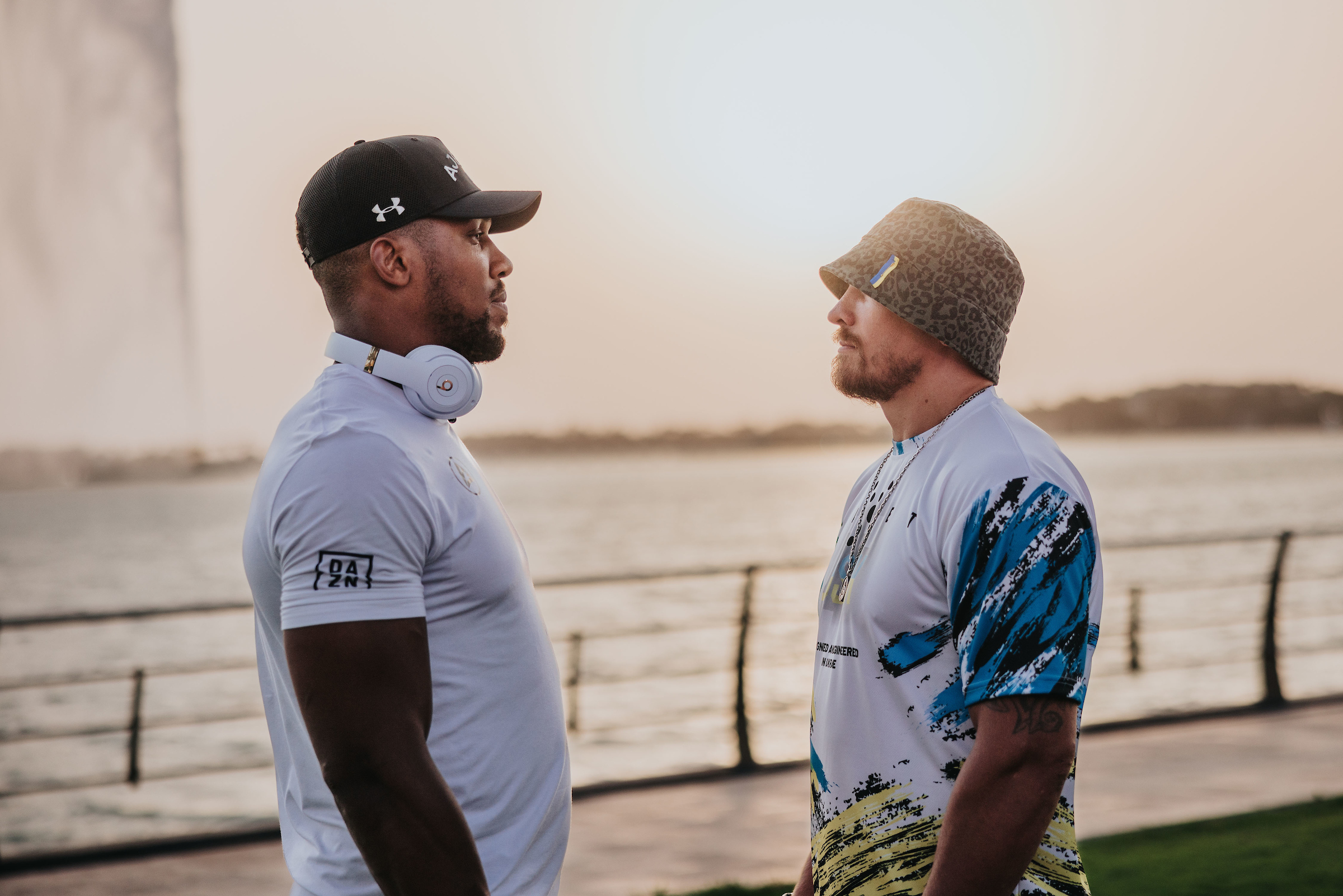 The official countdown to one of the biggest Heavyweight rematches in the history of the sport has started with Unified Heavyweight World Champion Oleksandr Usyk facing off with Anthony Joshua in the coastal city of Jeddah, Kingdom of Saudi Arabia.

Billed as ‘Rage on the Red Sea’, Usyk vs. Joshua 2 is set to take place in Jeddah on Saturday August 20 with Usyk’s IBF, WBA, WBO and IBO belts on the line in a career defining Heavyweight clash, and the hype for the much-anticipated rematch is already building.

At the start of a two-city promotional tour across Jeddah and London the two colossals of the sport lined up toe to toe as the sun set above the stunning Red Sea after the duo remained respectful during the first official press conference. 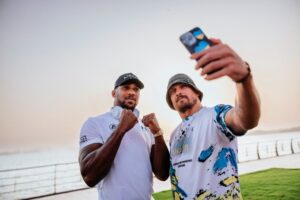 “It feels fantastic to be back. A welcome of course to everyone here, we want to thank Skill Challenge Entertainment as well for their hard work and everybody for their patience. It’s been a long time making this fight. When there’s a fight the size of this, coming and putting on a production like you guys want to put on, these things take time, so thank you to Egis and Alex, and Oleksandr Usyk as well. Of course, for our team, Anthony Joshua, 258 Management and Robert Garcia. This is all very nice, all very friendly, but we’re only here to win. Honesty, that’s all that matters. Last time in September was very painful, when the great Oleksandr Usyk dethroned Anthony Joshua. We’re here to be pleasant but we’re here to see this man regain those wonderful belts up there on August 20th.

“I am very happy to be here in Saudi Arabia. It is very pleasant for me and my team. We are doing what we have to do to achieve our goals. I have never made any loud or bright speeches. To become World Champion all I did was work hard in my training camp and gym. That’s what I am going to do until the day of the fight and my boxing will make me happy.”

“Hello everyone. First of all, I want to thank The Kingdom of Saudi Arabia for the opportunity. It’s a big honour for us to be here. While thinking over the speech for this media event, I looked back at the press conference we had before the first fight, and the last words were, ‘let the best man win and we’ll see you again for the rematch’. Here we are seeing you again for the rematch.

:It’s an absolutely huge event, it’s a big honour to be a part of it. It took us a lot of efforts and will to make it happen. Probably in February and March, we had to face the challenge of war in our country. We were not sure that this fight would take place. But finally, we put ourselves together, we made the decision to get into the fight, and now we are here representing our country Ukraine with pride in our hearts. We are representing out country here in the new destination of sports in the world here in Saudi Arabia. Let the best man win. We’ll see you again for the Undisputed fight.”

“First of all, thank you very much for having us. I want to thank Skill Challenge Entertainment, Prince Khalid, Ministry of Sport and the Saudi Boxing Federation for having us here. I’d like to congratulate Matchroom for putting this deal together with K2 Promotions. As far as the rematch is concerned, this bout is very important for both men. Anthony wants to get his belts back; he is with a new team and a new trainer. I know Robert Garcia personally, he trained a couple of my champions before, he is a great great trainer. Anthony did a good jo picking out this trainer. For Oleksandr it’s very important to keep those belts and to go further. It’s a very real possibility that the winner of this bout will go for the Undisputed Heavyweight Championship which will be historic. It’s a very important bout. August 20th is going to be another historic day in the sport of boxing.”

“I just want to say god is good, all the time, even through tough times. I’d like to thank everyone for coming out today. Definitely the hunger is still there. As I always said from the get-go, stay hungry. Just keep the motivation high. Blips happen. Things happen in life but resilience, mental toughness and consistency will always prevail. We’re still on the road, we’re still on the road to Undisputed for sure. It’s just a little blip in the road but I’m focused on the target which is sitting over there (points to Usyk).

“I’m focused on the goal, god willing I’ll perform, and I’ll become three-time Heavyweight Champion of the World. With Andy Ruiz I think a lot of people can see before the fight things weren’t 100%. You’ve got to be strong, thick skinned; we take our loss like a man. When I win, I keep it moving and I thank everybody. When you lose, you have to stay humble as well in defeat. We kept it moving and I knew I could come back again and do what I have to do.

“The fight with Usyk, he bust my ass for some rounds. I have to take that defeat like a man as well. I hold myself accountable. I’m someone who can admit when I’m wrong and hold my head high when I’m right. The fight in September, he was right, and I was wrong. Simply, I have to reverse that role on August 20th. I don’t like to overcomplicate the situation because there’s simplicity in genius. Sometimes if you keep things simple you can achieve great things, so I’m just going to keep things simple, move forward and the date will soon come.

“I wish Team Usyk a successful training camp and safe travels wherever they go in the world. Same to my team, Robert has been great in the camp, my staff at the back there as well that have been helping me in my training camp. I wish all of us well. I wish you guys a safe few weeks and I can’t wait to see you all again in the stadium for a great night of Heavyweight Championship boxing.”

“First of all, thank you all for being here. Thanks for having us. I want to congratulate Usyk and his team for all of the success they had. They’re great people and a great team. I started coming to the UK in December, I’ve been coming back and forth to England to work with Anthony. I see a different Anthony now; the way he thinks and the way he talks. Everything he’s practising and everything he’s doing in the gym; I think he fought the wrong fight but that’s the past. That happened already. Usyk was the better man, congratulations to him, but come August 20 we’re going to do whatever it takes to win those titles back. I know he can do it.

“He’s the bigger man, he’s the stronger man, he’s got the reach advantage, so we’re going to take advantage of all that. Come that day, I think without a doubt we’re going to have a three-time Heavyweight Champion of the World. We’ve got to be prepared for everything. Usyk is a great fighter, he’s got skills, reflexes, accuracy – he’s got everything. I think Anthony has the tools to beat him. We just have to do the things in the gym.

“He wants to be champion again. Like I said before, I have no doubt that on August 20th he will be champion again. With the dedication that he has and the hard work that he puts in in the gym, it motivates me also to put more into the training camp and to come out with the win because I know how much he wants it. I want my first Heavyweight Champion of the World. I’ve had 14 World Champions, he will be my 15th, but he will be my first Heavyweight Champion of the World and that’s big for me too.”