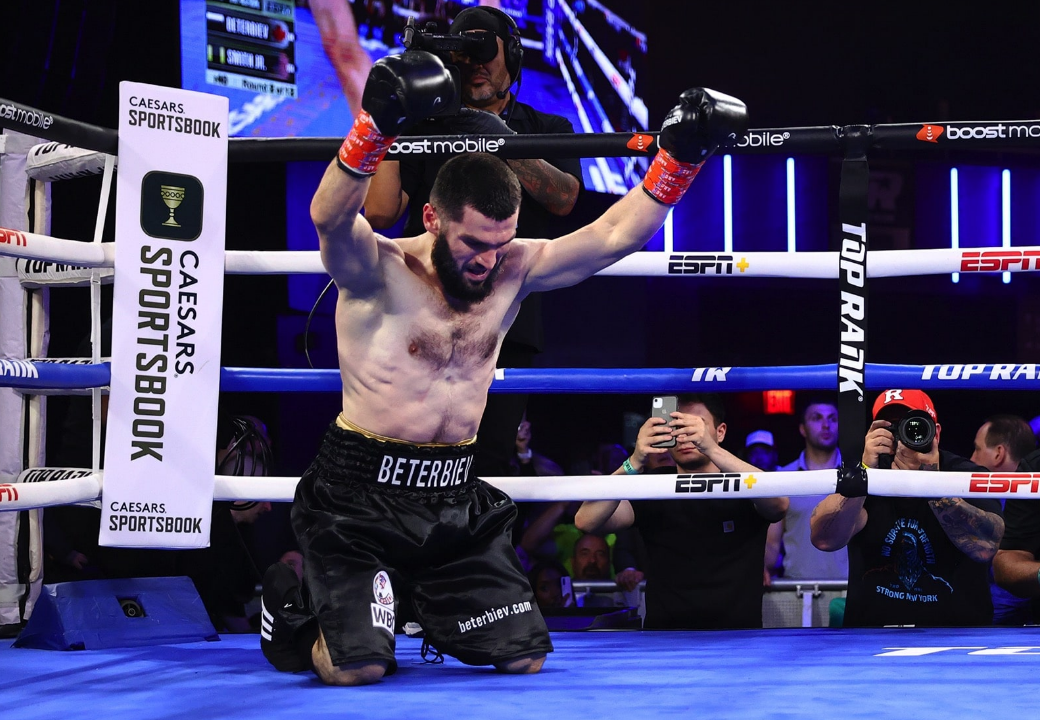 Beterbiev dropped Smith with a clubbing right hand in the closing seconds of the opening round. Things got worse for the Long Island native in the second, as a left hook nearly sent Smith through the ropes. He rose to his feet, but the end was near. A pair of uppercuts, followed by a sweeping right hand left referee Harvey Dock no choice but to stop the fight.

“My coach told me it’s not too far until I become a good boxer,” Beterbiev said. “Joe’s a little bit open, and it was more easy for me to get him. {Both of us} have a good punch, and both tried to {connect} first. I’m lucky that I was first.”

Sitting ringside was British contender Anthony Yarde, who may be in line for a shot at Beterbiev this fall. Beterbiev’s preference is a fight with WBA champion Dmitry Bivol, who recently defeated Canelo Alvarez.