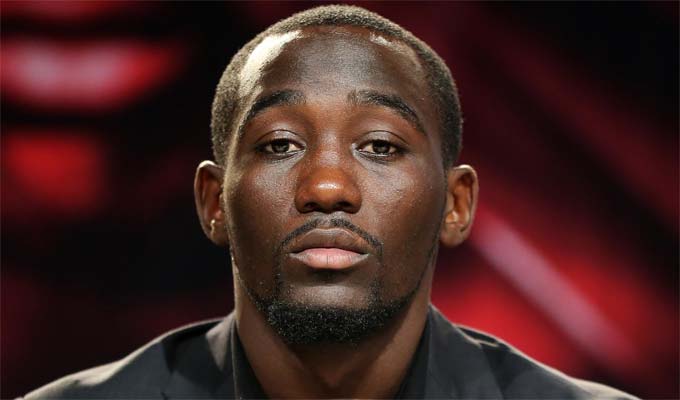 Terence Crawford: I want to be the next superstar Undefeated WBO jr welterweight champion Terence “Bud” Crawford (28-0, 20 KOs), of Omaha, Nebraska, will have his toughest test when he takes on undefeated WBC champion “The Ice Man” Viktor Postol (28-0, 12 KOs) of Kiev, Ukraine, in a unification bout on July 23 at the MGM Grand Garden Arena in Las Vegas live on HBO Pay-Per-View.

“It’s going to be big. I’m going in there and putting on a spectacular show and showing everybody that I belong here,” Crawford told Fightnews.com®. “I have to make a statement on July 23rd.”

Crawford will be training for the fight in his hometown of Omaha, Nebraska under the watchful eye of his longtime trainer Brian “BoMac” McIntyre.

Coming off a devastating knockout over Hank Lundy this past February in New York City, Crawford was impressive in defending his WBO title for the second time. Last year saw Crawford score knockouts against Thomas Dulorme in April, as he won the vacant WBO super lightweight title. and in October when he stopped Dierry Jean in his first title defense.

Since coming to the United States Postol has been 4-0 with 3 KOs. He won the WBC world title with an impressive tenth round knockout over the tough Lucas Matthysse last October. “I feel Matthysse gave up because he was frustrated. It wasn’t because he hurt him with a punch, it was because Matthysse was tired. Postol was holding, elbowing, his jab was irritating him every time Matthysse would get in. There was more frustration than hurt,” Crawford said.

“Postol’s style is more European,” he continued. “Straight right, jab, clinch, hold, elbows here and there, but there is nothing he’ll be able to do come fight night to keep me from taking that belt. I’ve seen a lot in my time of boxing on this level. I feel I will do real well!”

A win over Postol would open a new chapter in Terance Crawford’s career. “This is just the beginning. It’s my first pay-per-view and I want to put on a great performance. I want to be the next superstar,” Crawford said.

For years Nebraska has been known for its strong college football tradition in Lincoln, Nebraska about 50 miles south of Omaha, for hosting the NCAA College Baseball World Series in Omaha, and the home of American businessman philanthropist Warren Buffet. Since his 2014 homecoming knockout win over previously undefeated Yuriorkis Gamboa, Crawford has become the pride of Omaha, Nebraska.

“When you talk Omaha, you talk Terence Crawford if you aren’t talking Warren Buffet,” Crawford said. “When I fought in Omaha against Gamboa everyone was like, WOW! This is what we have been waiting on!”

Crawford expects a large number of his hometown fans to make the trek to Vegas for the Postol fight. “They will show up and chill out. A lot of people are coming to show their support,” Crawford said.

On July 23 at the MGM Grand Garden Arena in Las Vegas, it will be champion vs. champion.

“When I look at this fight, I look at it as #1 vs. #2, the best in the division, two undefeated fighters,” Crawford said. “I’m not thinking of who I want to fight next. Who I got in front of me now is Viktor Postol. Come fight night, we’re waiting for the victory!”