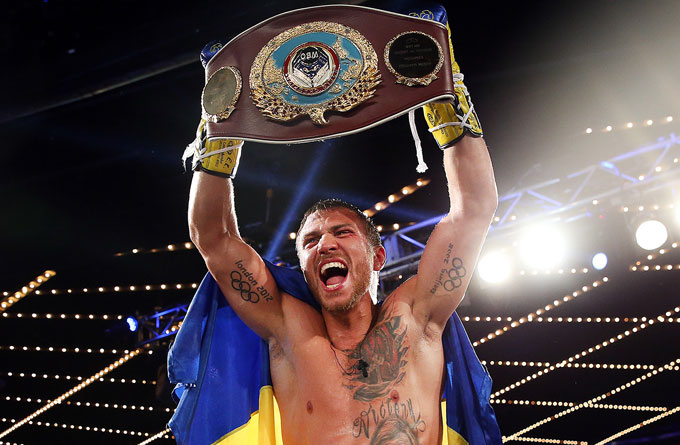 Two-time Olympic gold medalist Lomachenko demonstrated his superb speed and movement as he dominated Martinez before knocking him out with a left uppercut / right hook combination. Time was 1:09.