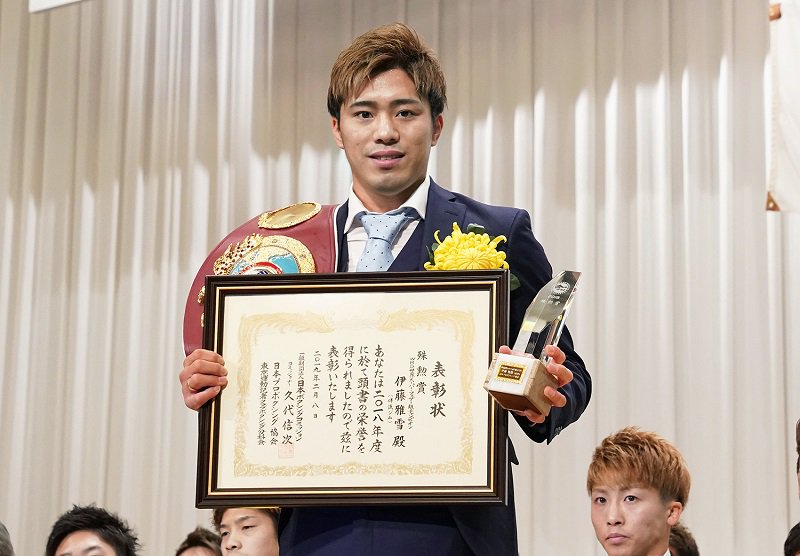 The Japanese Boxing Awards took place earlier today and one of the big prizes was the Special Prize, which is somewhat of a special achievement award.

Today the award was won by Masayuki Ito (25-1-1, 13) [伊藤 雅雪], the current WBO Jr. Lightweight champion, who won the title in the US. Ito’s win on US soil was the first time a Japanese fighter had won a world title on American soil for close to 40 years. He then added to that with a defenses at the end of the year against his mandatory challenger, Evgeny Chuprakov.

At the event Ito stated “I am delighted to have a wonderful award.It was a year of a change in my life last year.I would like to challenge how far I can go this year because I have made a convincing start line and I will do my best to win MVP next year.” (Translated) It seems that winning the Special Prize has seen him now begin to eye up the more prestigious MVP Award, which was won by Naoya Inoue (17-0, 15) [井上 尚弥].

His next bout is being planned for May.