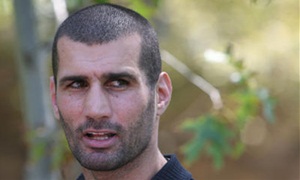 NADER Hamdan fears his age and recent boxing record has led to him being shut out from a blockbuster overseas fight despite a top 10 world ranking.

Hamdan is ranked No. 7 in the world by the World Boxing Organisation but has been unable to secure a fight since beating highly rated Australian Daniel Pawsey for his WBO Asia Pacific super middleweight title in July.

“I’m frustrated,” Hamdan, 38, said. “I really thought that when I got the world ranking and being the Asia Pacific champion I’d get some fights but nothing has come in.

“I don’t know what it is — maybe it’s because I’ve still got a heartbeat.”

A possible world title eliminator bout with No. 2 Kelly Pavlik was close to being secured late last year but the US television networks refused to support the event.

Without the backing of a major network, big-name fighters perceive Hamdan as too risky a proposition.

“I don’t think my recent record helped either,” Hamdan, who has one just won of his past five fights.

Unable to secure Pavlik, Hamdan’s team have set their sights on world No. 3 George Groves or a rematch with No. 4 ranked Arthur Abraham — who beat Hamdan in a 12th-round knockout in 2004.

“If I can’t get a fight at super middleweight I’ll move to light heavyweight or cruiserweight.

“I proved in my last fight that I am not a sprinter and I can’t fight these short distances.