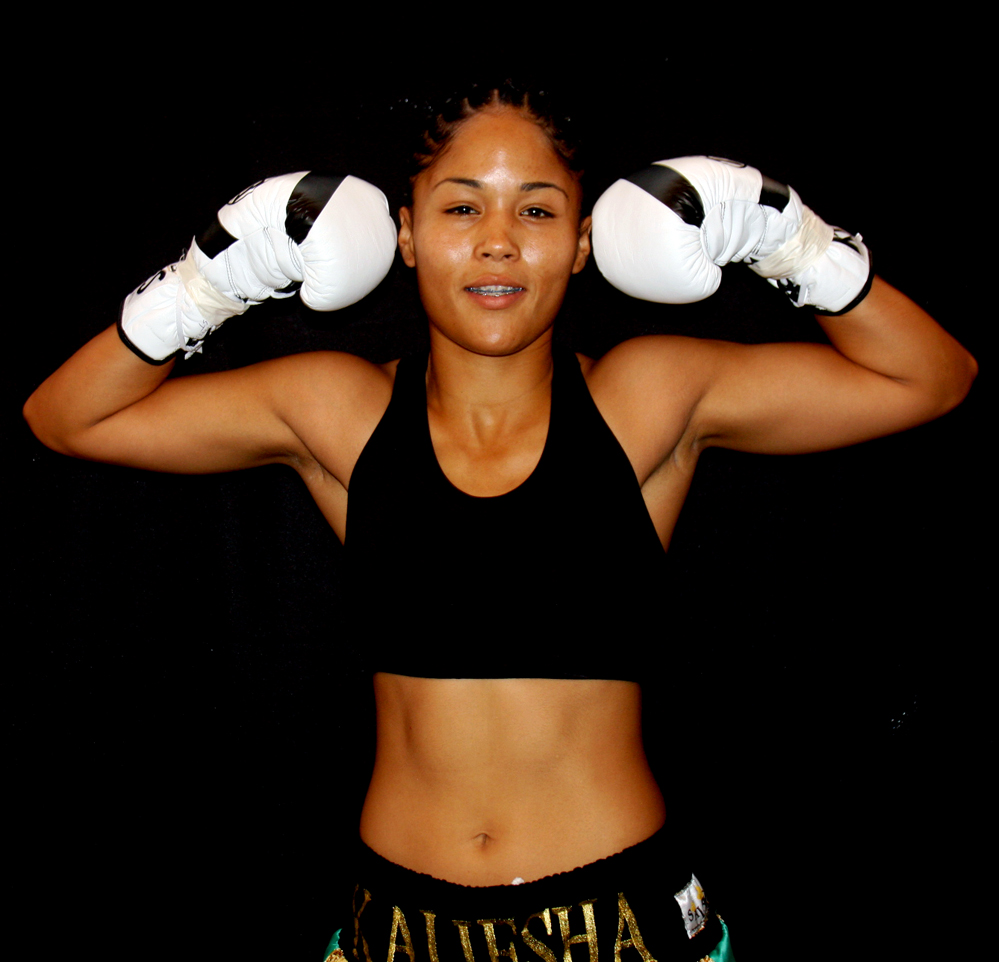 Kaliesha West comes up big with win in Mexico

Kaliesha West had a lot to deal with on Saturday.

West, who lives and trains out of the Southern California suburb of Moreno Valley just west of Palm Springs, was fighting in Mexico where fight fans are rabidly loyal to the sweet science.

She wanted to impress, the bout being her first with a new, well known Mexican promoter.

She wanted to look sharp because the bout was being televised through much of Mexico.

On top of it all she was defending her world title.

No worries. It all fell into place.

“The fight was tough,” West commented on her Facebook page after the fight. “Jessica has a big heart.”

It was the second successful defense of her World Boxing Organization (WBO) female bantamweight title. West, the newest member of the Mexico based HG Garcia Boxing promotional stable, won with scorecards of 97-95, 99-91 and 96-94.

“The people were so sweet here,” West added. “It was an amazing adventure. I’m looking forward to coming back and fighting for my promoter, the best, Hector Garcia.”

West (14-3-1, 4 KOs) defended her title for the first time earlier this year when she defeated Ava Knight at the Pico Rivera Sports Arena.