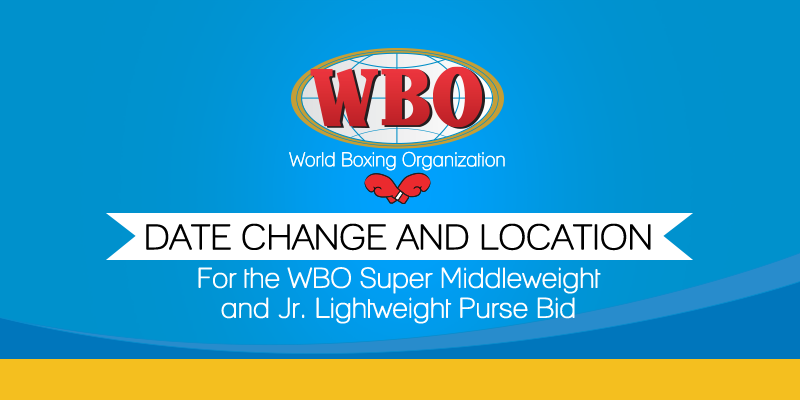 The Purse Bids for the WBO Super Middleweight Championship Contest between Arthur Abraham and Gilberto Ramirez, and the Roman “Rocky” Martinez vs. Miguel Berchelt WBO Jr. Lightweight Championship originally scheduled for Friday, January 8, 2016 at the WBO Headquarters in San Juan, will now be held on Tuesday January 12, 2016 at 12:00 noon at the: