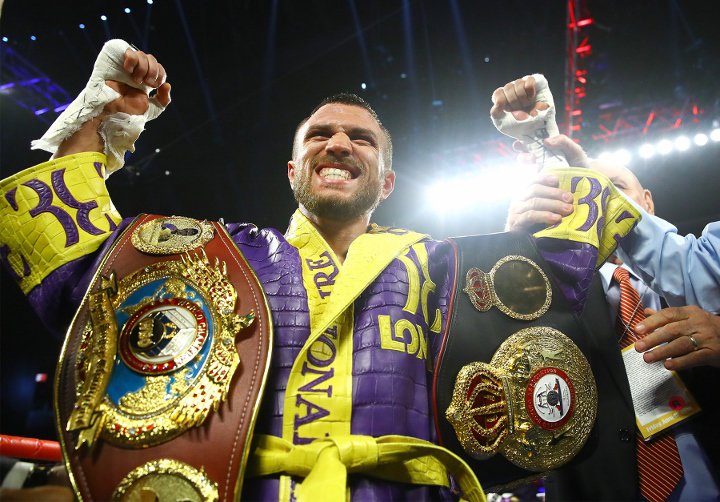 Crolla, the former WBA lightweight champion, was game but never threatened Lomachenko. After tough battles against Jorge Linares and Jose Pedraza in 2018, he had an easier night at the office to begin his 2019 campaign.

Lomachenko (13-1, 10 KOs) scored a knockdown at the end of the third round when referee Pat Russell ruled the ropes held Crolla up.

In the fourth, Loma came out on the attack, knocking Crolla (34-7-3, 13 KOs) back to the ropes. Then, it happened. A right hook to the top of Crolla’s head put him down and out.