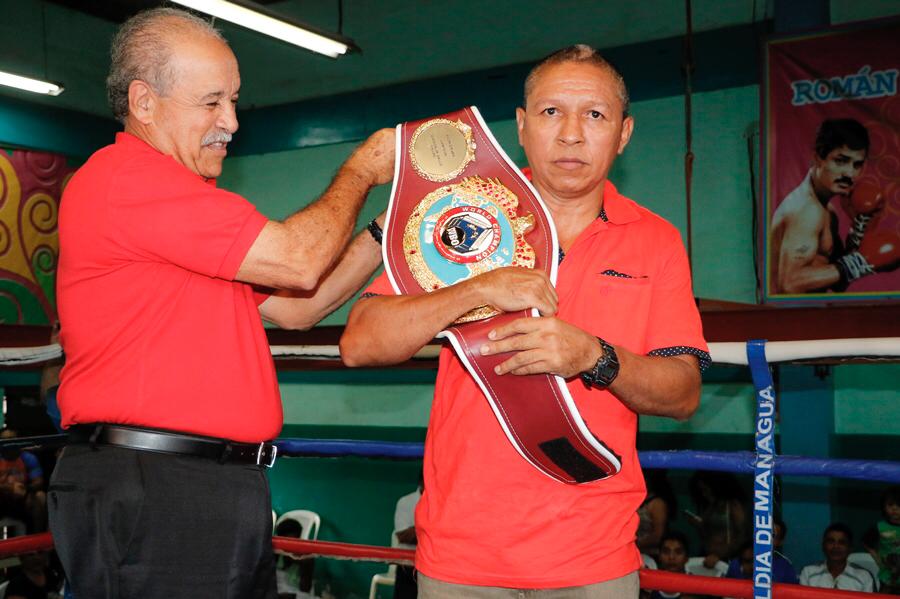 The WBO visited Nicaragua this week with the purpose of strengthening the WBO Kids Drug Free program in this Central American country that has a long pugilistic tradition.

During the visit they also had the opportunity to present former world champion Adonis Rivas with the WBO Jr. Bantamweight Belt  which he won back in November 20, 1999 when he defeated  Diego Morales in a fight that took place at the Hard Rock Casino in Las Vegas, Nevada; the ceremony took place on Tuesday, January 16 at the Roger Deshon Gym in Managua, Nicaragua.

Adonis made two successful defenses of this title and he also won in 2002 the WBO Latino Bantamweight Title.  He retired in 2014 with a record of 22-15-4 and is now working as a boxing trainer in Leon, Nicaragua.