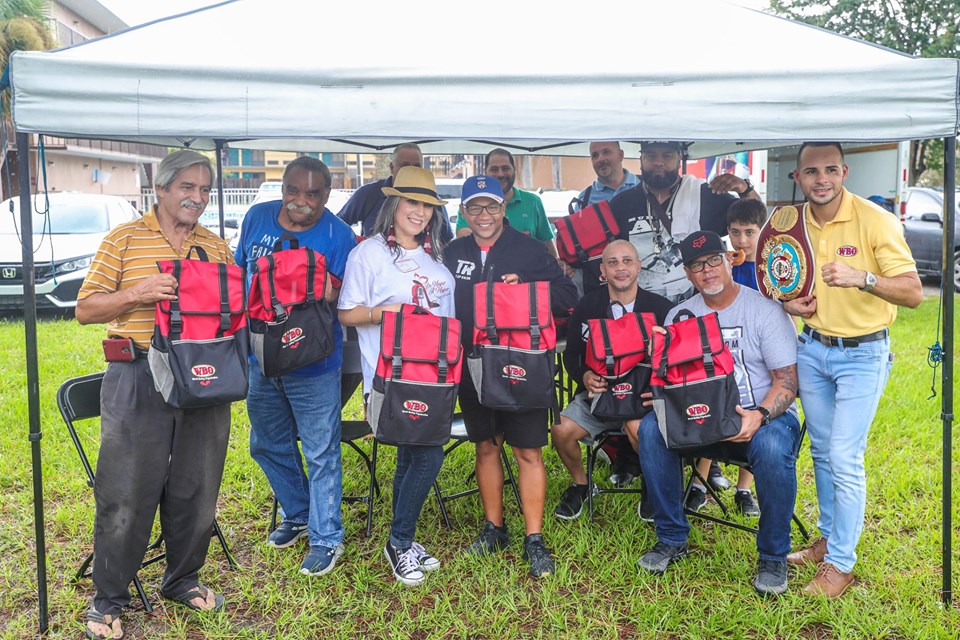 Florida – In a festive atmosphere, the World Boxing Organization (WBO), through its successful WBO Kids Drug Free program, delivered, school supplies, boxing clinics, and sporting goods to the children of the city of Kissimmee, as part of the event named ‘Back to School: Dibujando Sonrisas’.