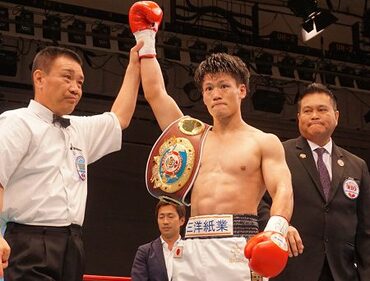 Today he returned to the ring, in Tokyo, to reclaim the WBO Asia Pacific title, a title he gave up to challenge Munguia.

In the opposite corner to Inoue was Thai foe Patomsuk Pathompothong (38-11-1, 24). The Thai was looking to claim his first win on Japanese soil, and his first win outside of Thailand in over 8 years following a close decision win in 2011 against Heath Ellis.

Sadly for Patomsuk it wasn’t to be, with Inoue being several levels above the Thai.

​Inoue took control quickly using his jab and then began to focus on fighting at mid-range, not his typical close range. Inoue managed to find a home for his left hook to the body, and move in and out with his jab being the key, rather than boring straight forward as we’ve typically seen from him and working on the inside. In round 2 Patomsuk tried to change the tempo of the bout but had his wide hooks easily blocked by Inoue who landed a left hook to the body and dropped the Thai for the 10 count at the 2:24 mark of the round.

After the bout Inoue stated the he had been working on straight punches in training and that he had been focusing on adding more to his game, as if he realised from the Munguia loss that what he was doing needed to be built on. He also added, unsurprisingly, that he wanted to climb back into world contender and get more world title fights. Given his performance against Munguia he showed he wasn’t out of his depth at that level, and we wouldn’t be surprised if he did get a second world title fight in the next year or so.