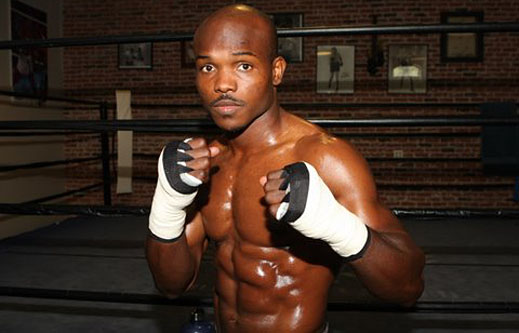 Tim Bradley Still Wants Khan: I Want To Cut Up His Face! WBO junior welterweight champion Tim Bradley has received heavy criticism from Amir Khan since their July 2011 fight fell through.  After Bradley defeated Devon Alexander and Khan beat Marcos Maidana the two fighters where supposed to face each other in a fight for junior welterweight supremacy.  The fight never materialized as Bradley opted to sit out his promotional contract so that he could sign with Top Rank.

Last month Khan was upset by heavy underdog Lamont Peterson in Washington, DC. While on The Boxing Lab, BoxingScene.com’s official audio show, Bradley said that despite Khan’s loss, he still wanted to meet the British star in the center of the squared circle.

“I still want Khan. Don’t get it twisted,” stated Bradley.  “Like I said before payback is a bitch. I still want to bust that dude up and hit him in the mouth. He talked sh*t and he is definitely a guy that I want to leave cuts on his face.”

Bradley said that he feels that 2012 will be his best year yet.  He thinks that the new year will bring a changing of the guard and boxing’s young guns will take over.

“When I had my toast on New Year’s eve I said that 2012 is the year of Bradley. Its time for the new faces of boxing to take over. Guys like me, Andre Ward and other young guys will be taking over.  If you bet on Bradley you always get paid,”  Bradley said in closing.