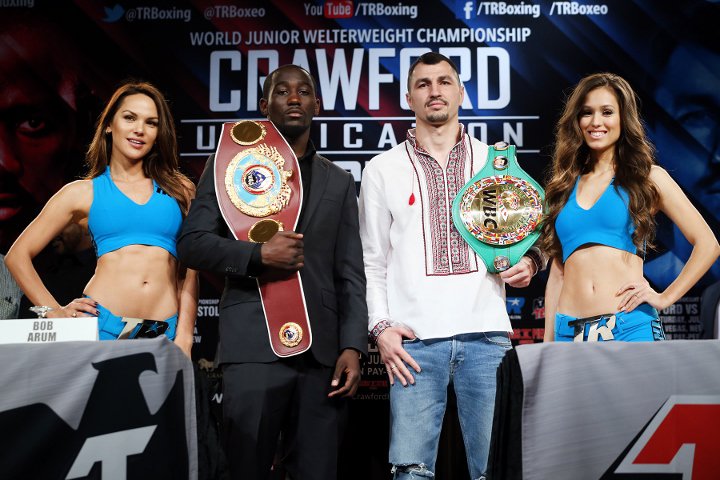 Based on their promotional and network affiliations, the Terence Crawford-Viktor Postol fight ideally would be televised live on HBO.

But based on what Crawford and Postol expected to be paid to fight each other July 23 at MGM Grand in Las Vegas, pay-per-view was the route promoter Bob Arum decided to take to ensure that their 140-pound championship unification fight was scheduled for this summer. Official pricing hasn’t been announced, but the HBO Pay-Per-View card featuring the Crawford-Postol fight is expected to cost $50 in SD and $60 in HD if purchased through most cable and satellite companies.

While slightly cheaper than most boxing pay-per-view shows these days, Crawford (28-0, 20 KOs) has encountered backlash from fans who’ve told him they want to see the Omaha, Nebraska, native face Ukraine’s Postol (28-0, 12 KOs), yet don’t want to pay extra than their HBO subscription to watch it.

The unbeaten WBO super lightweight champion has tried his best to reason with those skeptical about Crawford-Postol being offered on pay-per-view.

“A lot of people say this fight shouldn’t be on pay-per-view because me and Postol are not known to the casual fans,” Crawford said. “But I say to the people that do know us, instead of trying to downgrade the fight, why not up it? This is the fight everybody said they wanted to see. This is the fight everybody said they wanted me to fight, want him to fight, so why not pay for it? You’ve got the two best in the division, one versus two. You’ve got the WBC champion [Postol] versus the WBO champion [Crawford]. You’ve got The Ring magazine title on the line. What more could you ask for in a fight?”

He had some success, but Crawford couldn’t convince some reluctant consumers.

“They don’t even understand boxing, really,” Crawford said. “So they wouldn’t understand the things that go on behind [the scenes in] boxing to get fights made. They’re just looking at the big picture. ‘Oh, I’ve got to pay $50 for this fight.’ That’s the main thing they’re thinking about. You don’t have to pay $100 to see people hold. And you watch certain fights, you know who’s going to win. You’re like, ‘Oh yeah, we’re gonna watch this dude beat such and such because we know he’s gonna win.’ It’s a blowout. You don’t have that in this fight.”