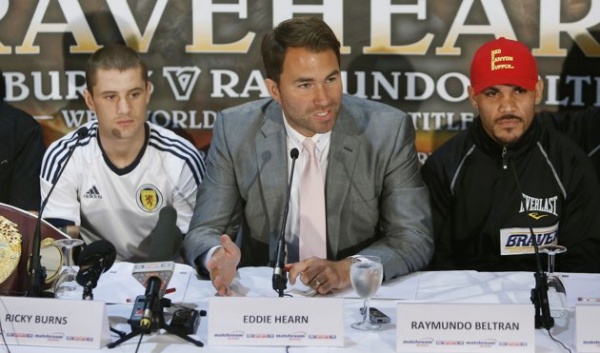 According to manager Alex Morrison, WBO lightweight champion Ricky Burns (36-2-1, 11KOs) will meet rival Ray Beltran (28-6-1, 17KOs) for a second time on a date in early February in Glasgow, Scotland. They first collided on September 7, where Burns was dropped in the eight and had his jaw badly broken. Burns went on to retain his title with a very controversial twelve round draw, which even the UK press disagreed with.

Alex Morrison told The Scotsman: “Eddie Hearn has reached an agreement with Beltran’s people for a rematch in Glasgow in February next year. Ricky made it clear from the moment the first fight between the two was over that he felt he owed Beltran a second chance and that speaks volumes for the type of man he is.

“After suffering the type of injury he did, many a fighter would be loath to go back in the ring, never mind face the same opponent again who had inflicted these injuries. But Ricky is the most honest man you will ever meet and he knows he must set the record straight in the second fight. Obviously, we had other options, but for Ricky the honourable thing to do was to give Beltran a second chance. He may have that, but I think this time Beltran will find out just how good Ricky is at his best.”