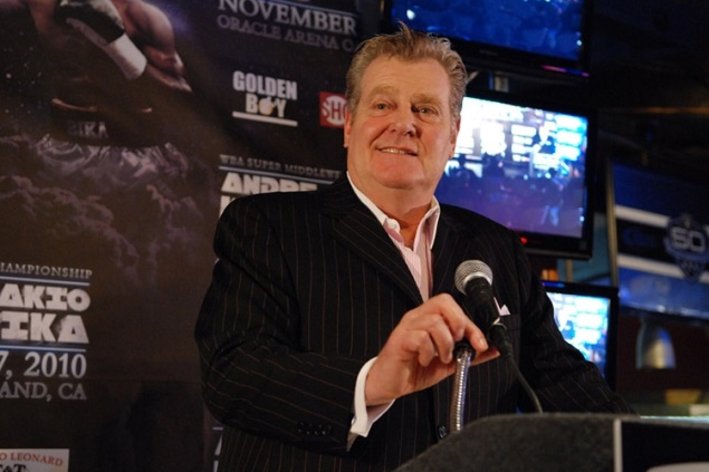 Promoter Dan Goossen passes away at 64 Dan Goossen, President of Goossen Promotions, has succumb to complications stemming from liver cancer and unexpectedly passes away at age 64.

Dan Goossen has been a fixture in the boxing game for more years than most can remember. Boxing has been sort of like the family business, with his brother, Joe Goossen, being a well-respected trainer for a long time as well. Dan unexpectedly passed away at 3am this morning from complications due to liver cancer. Publicist Fred Sternburg offered the following public statement.”It is with overwhelming regret that we announce the passing of Dan Goossen, 64, from complications relating to liver cancer. The sudden news of his diagnosis was very much a private matter and his final days were spent surrounded by his family and closest friends,” read the statement.

“Sadness is difficult to escape as we grieve his passing; however, we are filled with pride by the fact that Dan Goossen battled this aggressive illness with boundless strength and the last days of his life were fought and lived with unflinching bravery, pure love and grace beyond measure.”

Dan Goossen is credited with being a key influential force behind the “Super Six” tournament and the promoter of its eventual winner, Andre Ward. Most will recall the protracted legal battles that has arisen time and time again between Goossen and Ward since then, but that is best served as a discussion for another day. Today, Goossen is remember by his peers as a stand up businessman and a good friend/colleague. HBO Sports President, Ken Hershman, who was the man in charge at Showtime Sports during the Super Six had this to say about the late Goossen.

“Everyone at HBO Sports is saddened by the sudden loss of Dan Goossen. Dan was a dedicated boxing promoter who we worked closely with for many, many years on some of the most important fights in the sport,” said Hershman, in a statement from HBO.

“But what was even more impressive was his total commitment to his family, who were always right by his side during fight week or wherever his business required him to be. Our prayers and thoughts are with his wife, Debbie and the entire Goossen family.”

Lou DiBella, who also worked with Goossen during the Super Six also offered his assessment of Goossen, the man.

“I’ve met his wife and I’ve met his entire family over the years. Through it all, he never lost focus on what’s truly important in life and where your priorities really lie and Dan’s biggest priority, first and foremost, was always with his family. That was just a fact,” said DiBella, who called Goossen, “The Goose.”

“All promoters have run-ins but with Dan and I, even our run-ins were with amusement and humor. Even when we disagreed on things, it was always in a friendly way. He was always the kind of guy that you looked forward to talking to. I enjoyed talking to him. There just aren’t that many guys like him left in the game.”

Our heartfelt condolences reaches out to the entire Goossen family and all the other lives he’s positively impacted.