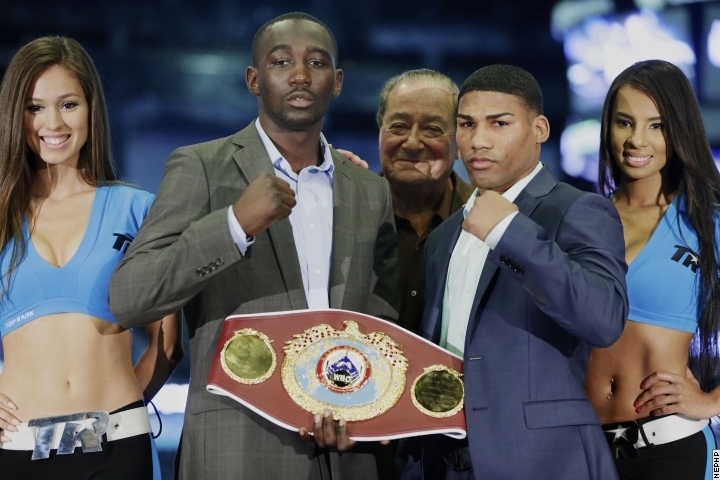 OMAHA, NEB. – Undefeated world champions TERENCE CRAWFORD, the Pride of Omaha, and Cuban sensation YURIORKIS GAMBOA, who share identical 23-0 (16 KOs) professional ring records, will battle for Crawford’s newly-won World Boxing Organization (WBO) lightweight title, Saturday, June 28, at the CenturyLink Center in Omaha.  This will be the first world championship fight Omaha has hosted in 42 years, when Joe Frazier successfully defended his heavyweight title against Nebraska’s-own Ron Stander in 1972.  It is also a professional homecoming for Crawford, who has not fought in his home state since 2011.  The fight will be televised live on HBO Boxing After Dark, in its first-ever visit to Omaha, beginning at 10:00 p.m. ET/PT.