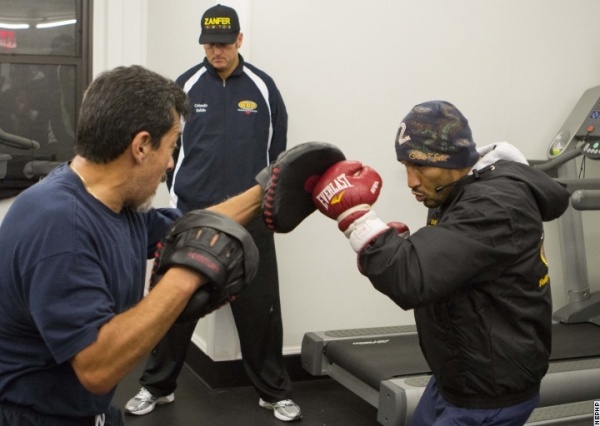 Former champion Olando Salido (39-12-2, 27KOs) is confident his big fight experience will be more than enough to overcome his next opponent, Orlando Cruz (20-2-1, 10KOs). Salido and Cruz will battle for the vacant WBO featherweight title on October 12th at the Thomas & Mack Center in Las Vegas. The main event that night will feature a welterweight fight between Juan Manuel Marquez and WBO champion Timothy Bradley.

“It’s a tough fight, very important, but we believe in our experience, our strength, our journey in boxing and especially attacking to the body because Cruz is a very elusive fighter,” Salido said.

“It’s a good showcase to prove that we can still do it. We lost our footing with [the loss to Mikey] Garcia, but we have everything to take back what is ours, that title. We’re staying near the weight. We should have no problems making 126 pounds and that will enable us to make a good fight.”

“I think he’s a good fighter, he moves well the ring. I’ve been practicing with sparring southpaws. I do not want any surprises. We will lower our legs and hit the body and use our boxing to return to being a world champion.”