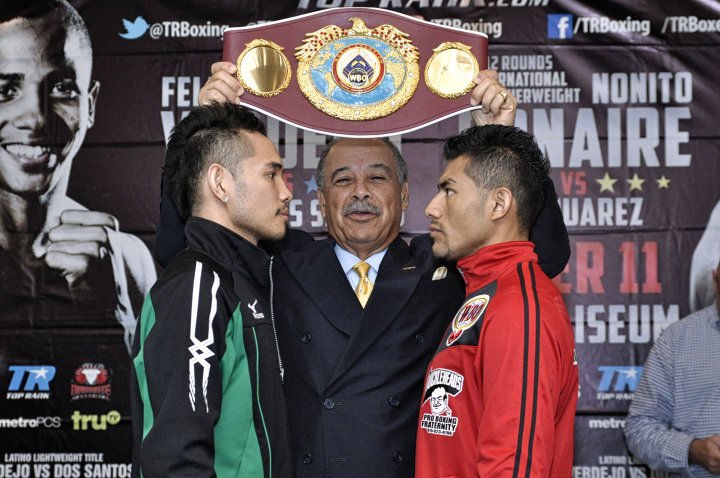 The trainer/father of five division world champion Nonito “The Filipino Flash” Donaire (37-3, 24KOs) believes that a rematch between Nonito and Mexico’s rugged Cesar Juarez (18-5, 14KOs) will be “a good one.”

“Dodong” Donaire told BoxingScene.com/The Standard that a rematch is “what the people and the network (ABS-CBN) want” and indicated he too would be ready for a rematch.

Juarez who scored a stunning 8th round knockout of previously undefeated Prince Albert Pagara before a sell-out crowd  at the San Mateo Events Center on Saturday night in California, after being dropped by a classic left hook in the dying seconds of the opening round stormed back with a flurry of wicked body shots that had Pagara groggy at the end of round seven before a four-punch combination sent Pagara to the canvas in the eight round.

At that point Pagara was prostrate on all fours before he was stretched out and rushed to the Stanford Medical Center where he was pronounced “fine” after a CTScan and other tests and was cleared to fly home on Monday.

However, doctors advised Pagara that he should not engage in any contact sports for at least two weeks although existing rules of the Philippine Games and Amusements Board prescribe a 45 day layoff following a knockout.

Although he didn’t watch the fight “Dodong” Donaire  said he understands that Pagara stood in front of Juarez and exchanged big shots which was a tactical mistake and he eventually paid the price.

When Donaire and Juarez clashed for the vacant WBO title in Puerto Rico last December it was marked by several brutal exchanges in the second half of the fight which Donaire won handily following two knockdowns he scored in the 4th round that negated the comeback of Juarez in the championship rounds.