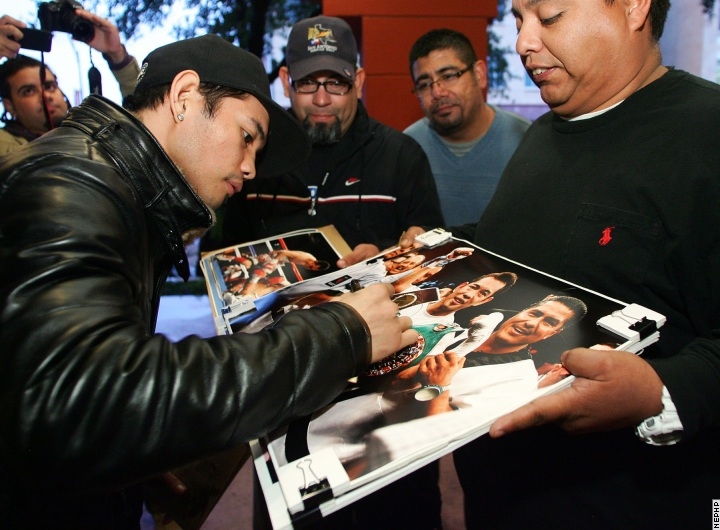 Five division champion Jorge Arce, Japanese Toshiaki Nishioka, and two-time Olympic gold medalist Guillermo Rigondeaux are just some of the lucrative fights awaiting Nonito Donaire Jr., the newly-crowned World Boxing Organization (WBO) super-bantamweight champion.
Despite settling for a split decision over Wilfredo Vazquez Jr. of Puerto Rico, Saturday (Sunday in Manila) at the Alamodome in Texas, the “Filipino Flash” may be lining himself up as a marquee player in the division where compatriot and global boxing icon Manny Pacquiao once reigned.
Already, Donaire has been challenged by the camp of Rigondeaux, the current World Boxing Association (WBA) super-bantamweight title holder, and an Olympic bantamweight gold medalist in the 2000 (Sydney) and 2004 (Athens Games).
From the looks of things though, Arce seems to be the logical choice as the Filipino’s next opponent.
Bob Arum, whose Top Rank Promotions holds the rights on Donaire, admitted looking at a possible May or June date with Arce, depending on how fast Nonito’s injured left hand heals.
“Let’s see what happens with his hand first,” said Arum. “That will determine everything, but depending on the timing, we want him to face Arce next.”
Arce actually dethroned Vazquez Jr.a year ago, winning the WBO super-bantamweight title on a 12th round technical knockout.
After successfully defending that title against South African Simphiwe Nongqayi in a fourth round TKO, Arce went down to bantamweight, winning the WBO 118-lbs. title with a unanimous decision over Angky Angkota.
Nishioka, the reigning World Boxing Council (WBC) super-bantamweight champion, had once been on the radar of Donaire, and was supposed to be challenged by the Filipino until the fight with Vazquez Jr. came through.
But the two nonetheless are expected to cross paths as Donaire himself admitted he is comfortable fighting at the 122 lbs. limit.
“I’m definitely staying at 122 for a while,” said Donaire, who improved to 28-1, with 18 KOs following the win over Vazquez.
“There are things (trainer) Robert (Garcia) asked me to do that I couldn’t do so well, so we will go back to the drawing board.”
Vazquez believes Donaire will make his mark in the division.

“He’s real quick,” said the son and namesake of former three-division champion Wilfredo Vazquez. “He caught me with some good punches. He surprised me by hitting me when I was off balance. I thought I did pretty well. I was patient, but he is a great fighter.”