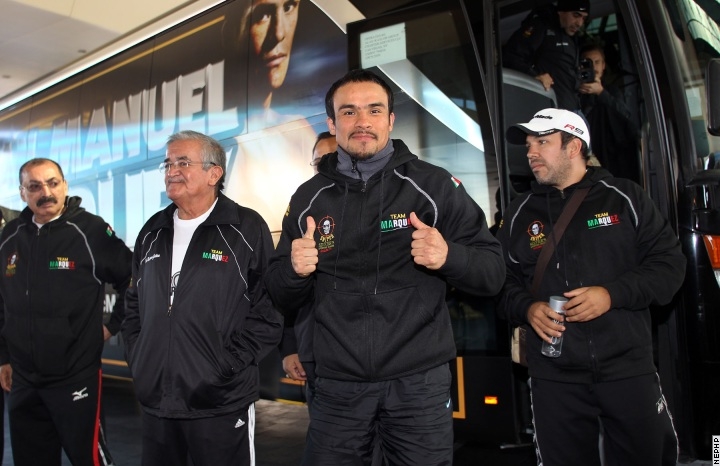 Lightweight champion Juan Manuel Marquez is waiting for a contract that guarantees him a fourth meeting with Manny Pacquiao. Discussions are ongoing for Marquez to take a fight in March or April, possibly in Cowboys Stadium against WBA/IBF 140-pound champion Lamont Peterson. WBO welterweight champion Manny Pacquiao is going to return on June 9th at the MGM Grand in Las Vegas, with WBO 140-pound champion Timothy Bradley in the other corner.

Before Marquez commits to any move, he wants a contract agreement that guarantees him a November fight with Pacquiao [or the winner of Pacquiao’s June fight].

“Before I accept an agreement, it must include a fight against Pacquiao. Otherwise I will not sign it. I will not serve as a stepping stone for others,” Marquez said.

Juan Manuel had started training last week, but a minor bout with the flu put an end to his training. He plans to return to camp next week.

“Next week I’ll return to the gym and see what they say. Fortunately for me, I’m a free agent and I have no commitments to anyone,” Marquez said.