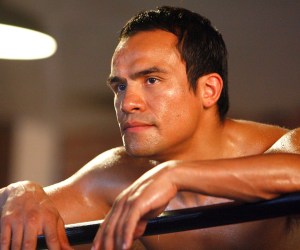 Marquez plans to fight Bradley if Pacquiao falls through

In a follow-up to an earlier report on BoxingScene.com, WBO junior welterweight king Juan Manuel Marquez (54-6-1, 39KOs) states that he plans to fight the WBO champion at welterweight, Timothy Bradley (29-0, 12KOs), likely on November 10th at the MGM Grand in Las Vegas. Marquez will go for a fight with Bradley – if a potential fourth fight with Manny Pacquiao falls through.

In an earlier BoxingScene report, Marquez’s promoter, Fernando Beltran of Zanfer Promotions, said there are ongoing discussions to make a fourth fight with Pacquiao, but there is not contract to outline the terms and the Filipino superstar has yet to make a decision on his next opponent. The dates being discussed are December 1 and December 8th, says Beltran.

“We are first in line [to fight Pacquiao], without any doubt. [However], Juan Manuel and I do not depend on Pacquiao. We have various options; one of them is Tim Bradley, but yes [I think] the fight with Pacquiao will [happen]. We just need to get all of the conditions in writing. On Monday I met with Márquez [in Tijuana] and we talked [but there is no contract to show]. [The fight would happen] in Las Vegas, although the Pacman insists that he would beat Marquez in his home [of Mexico]. And the two dates discussed: 1st or 8th of December,” Beltran said.

Marquez agrees with his promoter.

“I spoke in length with my promoter Fernando Beltrán and we discussed all of the possible scenarios for my next fight. The first scenerio is to face Pacquiao again and that’s almost a fact, but in this business anything can happen. If for any reason Pacquiao does not materialize, we will go against Timothy Bradley in November,” Marquez said.

Beltran said there are “several plans in place for Márquez in the remote chance that we do not go against Manny Pacquiao. There are opponents for Juan Manuel who will turn out to be a success in every aspect.¨

By: Miguel Rivera and Rafael Soto