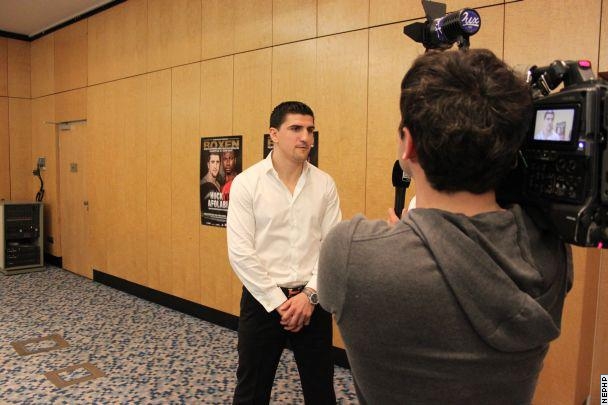 WBO cruiserweight champion Marco Huck (36-2-1, 25KOs) is still hungry to win a title in the heavyweight division. In February 2012, Huck moved up to the heavyweight division to face WBA “regular” heavyweight champion Alexander Povetkin. Unexpectedly, Huck made it very competitive and came very close to taking Povetkin out in the later rounds. He went on to lose a close twelve majority round decision, and following the fight he dropped back to cruiserweight.

Two fights later he faced tough veteran Firat Arslan (33-6-2, 21KOs) and won a controversial twelve round unanimous decision. They are going to do it again on January 25th in Stuttgart, Germany. If Huck is successful, he wants to work his way to another heavyweight title shot by the end of the year.

“I’m still dreaming of the heavyweight division. It’s quite possible that I’ll be fighting in the premier division, for a title, by the end of 2014,” Huck said.