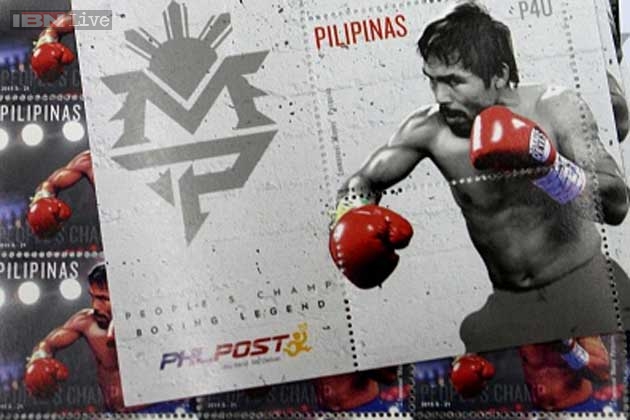 He won his first fight in the United States in 2001, where he scored a sixth-round knockout of Lehlo Ledwaba to win the International Boxing Federation (IBF) junior featherweight title.

If there was someone who was in full support of him in his successful journey, it was American trainer Freddie Roach, who transformed Pacquiao into a multifaceted boxer without detracting from his natural aggression or punching power.

Pacquiao, under the guidance of Roach, was the Boxing Writers Association of America and The Ring’s Fighter of the Year in 2006 and 2008.

With the series of wins in 2008, Pacquiao had become a complete fighter. His excellent footwork, blazing speed, and a vastly improved defence made him one of the world’s finest boxer.

Though Pacquiao’s popularity as a pay-per-view (PPV) boxing attraction was already increased since 2002, the win against De La Hoya changed the boxer’s life completely. The fight was sold for approximately 1.25 million.

Who can forget his one-punch second-round knockout of England’s Ricky Hatton in 2009 that crowned him as The Ring’s junior welterweight champion (his sixth weight class as a champion and his ninth as a professional boxer).

In November 2009, he continued his spectacular show when he defeated Miguel Cotto of Puerto Rico in 12 rounds to take the World Boxing Organization (WBO) welterweight title.

Pacquiao defended the title on in 2010, defeating Joshua Clottey of Ghana in 12 rounds. But his 15-bout winning streak came to an end in June 2012 when he lost his WBO welterweight title to Timothy Bradley in a controversial split decision.

Now, Pacquiao’s next major bout is scheduled to be against the undefeated Floyd Mayweather on May 1, 2015, i.e., a few hours from now, which is billed as the ‘Fight of the Century’.