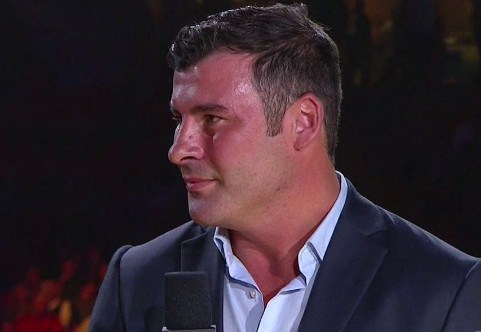 Calzaghe: Pacquiao can give Mayweather problems by throwing combinations By Chris Williams: It’s become abundantly clear that for Manny Pacquiao to have a chance of winning on Saturday night in his fight against Floyd Mayweather Jr., Pacquiao is going to need to put a great deal of pressure on Mayweather and look to overwhelm him with combinations in each and every round of the 12 round fight.

Former super middleweight champion Joe Calzaghe realizes the predicament that Pacquiao is in and he feels that he’s going to need to stay on top of Mayweather for the full three minutes of every round for him to be able to get the victory.

Calzaghe notes that Marcos Maidana had success at times against Mayweather by pressuring him, and he thinks that Pacquiao might be able to have the same kind of success if he can pressure him in the same way.

“Manny Pacquiao has definitely got a chance. He has to be very fast, [throw] fast combinations, use his southpaw skills, but don’t be too careless because Mayweather is really good with that right hand and that left hook,” Calzaghe said via Sky Sports News HQ.

Pacquiao will need to be able to chase Mayweather around the ring if he’s to land his combinations like Calzaghe mentions. I don’t know if that’s something that the short-legged Pacquiao is going to be able to do in this fight because Mayweather changes direction well, so even if you catch up to him, he’s going to reverse direction and make the Filipino fighter look really bad. The only way Pacquiao might do well is if Mayweather stops with his back against the ropes either to rest or to test what Pacquiao has got in terms of offensive fire power. If Mayweather discovers that Pacquiao has too much for him in that kind of combat, then he’s going to go mobile and force Pacquiao to use his shorter legs to chase him. In that case the full advantage will go to Mayweather.

“There is no way he is going to out-box Floyd Mayweather,” Calzaghe said. “When it comes to boxing skills, Mayweather is a much better fighter. Manny Pacquiao needs to be aggressive, he needs to throw punches in bunches, combinations, have a high work rate, like Maidana did.” Calzaghe said.

Getting Mayweather to stop in order for Pacquiao to throw his combinations will require for Pacquiao to hold Mayweather down the way Maidana did by him leaning on him with his 165 pound frame. Given that Pacquiao may come into the fight at no higher than 150 pounds, I don’t think it’s going to happen.

Pacquiao will be too light to lean on Mayweather and I don’t think it would work anyway because Pacquiao doesn’t have a good inside game at all period. He’s just a little fighter that shoots forward, throws a small flurry, and then scurries away to the outside.

“I would have to go with the undefeated fighter, Mayweather, to win the fight, probably on points, but Manny Pacquiao is a very dangerous fighter,” Calzaghe said.