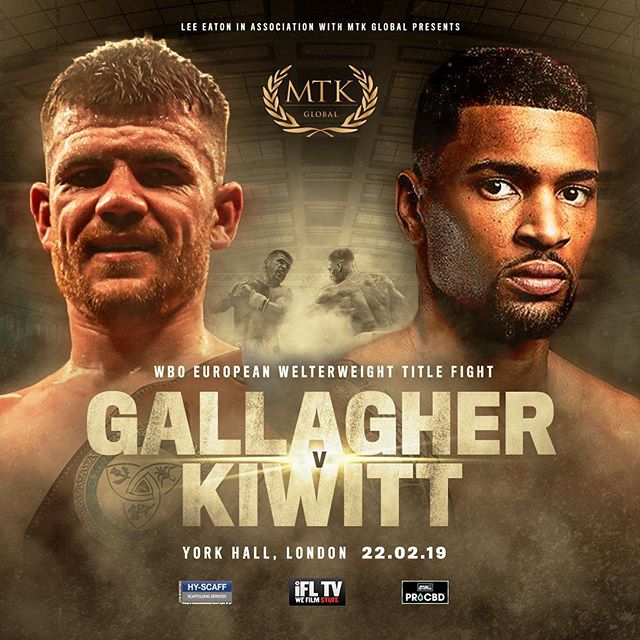 When the Liberian-German-born Freddy ‘Pretty Boy’ Kiwitt enters the ring at the York Hall Bethnal Green in London later this month, the sky would be the limit depending how easily he is able to knock out the impressive Irish boxer, Paddy Gallagher for the World Boxing Organization’s European Welterweight title.

The fight on Saturday, February 22nd puts Kiwitt, who has won fourteen of his professional bouts, lost two with eight knockouts against Gallagher, who has won 15 of is pro fights, has four losses and nine knock outs, dueling for bragging rights to Europe’s WBO title.

“This fight is very important for me,” says Freddy. “It can be life changing. Winning the WBO European title will put me in the Top 10 in the world. I’m planning to fight for the WBO African Title after, so the world title shot is not far anymore.”

Freddy is coming off an impressive knockout victory against Frank Dodzi of Ghana which puts him in line for the WBO African Super Welterweight title.

Freddy says he had a lot of confidence going into the Dodzi fight. “I just came off a 10- month lay of due some management issues. I Had a frustrating year of boxing so after this opportunity came up, I was very excited not just to fight again but also to fight in Africa. I believe in god, my team and in my myself, so I knew I’ll be able to beat Dodzi comfortably.”

It is on the continent that Kiwitt was born. He is the son of a German father and a Liberian mother. Werner Kiwitt was a German citizen who had come to Nimba County in Liberia in 1985 as an education consultant. It is there he met his wife, Tutu Tour, in Scalepea, the heart of Nimba County.

When a full-scale civil war erupted on the eve of Christmas 1989, Werner and his pregnant wife, Tutu were caught up in the war. Two weeks later, Kiwitt was born. Freddy says he was a few months old before we flew to Germany from the war.

In Germany, Werner and Tutu started a new life with the new addition to the family.

Freddy played football as a young boy but after picking up an injury, he turned to boxing at the age of 18 and had success straight away including a gold medal in international competition. After a short 10 fight career as an amateur Freddy made the decision to enter the pro ranks.

On February 22nd, Freddy will move one-step toward cementing himself as a top fighter.

It is a challenge he says he’s looking forward to but with a different mindset than his last fight with Dodzi. “I believe Gallagher has asked me at the wrong time. I’m very motivated and just came of a great victory. Also, my son just been born which gives me extra motivation.”

Part of the extra motivation is the new team in his corner. “I been training with Lee Manuel for over a year now. He’s a former world champion with Liberian and Ghanaian background. We have also added Mickey Cunningham into the Team. The training has been great. Both of them really pushing me and I’m looking forward to the fight.” Despite his busy schedule, Freddy has not lost touch with his homeland. He visits Liberia regularly, the most recent, was last June when he was in Monrovia to work with the Save the Children organization for a boxing youth programme. “We trained thousands of children across Liberia to show them the love of sport we have through boxing. I’m also now the ambassador for the Liberian boxing association and we having big plans this year to hold boxing events in Liberia.”