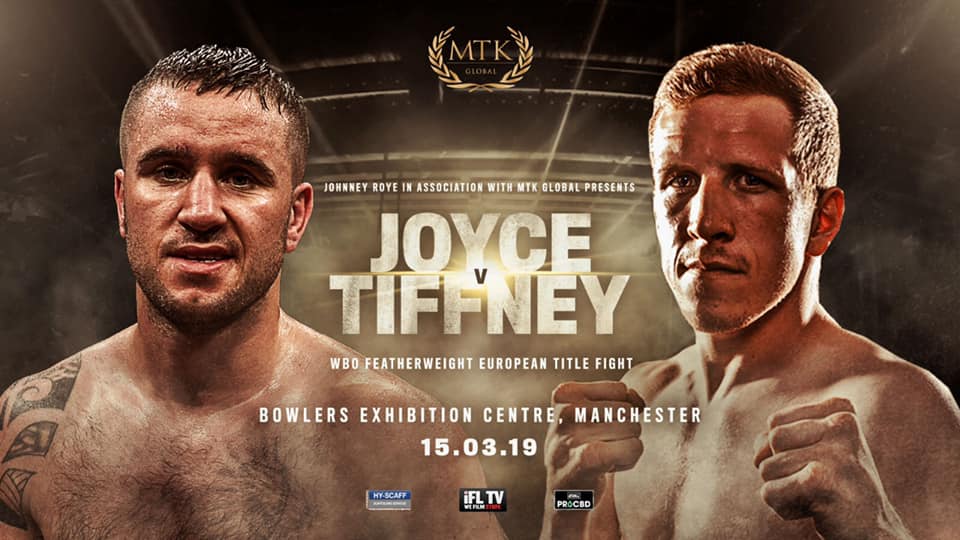 Stephen Tiffney believes the only defeat of his career so far has made him a much better fighter ahead of his battle with David Oliver Joyce.

The two men will clash for the vacant WBO European featherweight title at Bowlers Exhibition Centre in Manchester on March 15 – live on iFL TV.

Tiffney (10-1) came up short in his last title fight when he was beaten by Lewis Paulin for the Scottish Area Featherweight belt in December 2017, but he feels that could have been a blessing in disguise.

Tiffney said: “I found out a lot about myself from that fight. It was my only defeat and there was a big amount that I learned, so it can sometimes be a good thing.

“There are some things that you only realise when you lose, so it definitely made me a better fighter and I don’t see it as a negative.

“I’ve got Joyce now and this is the perfect start to the year. I’m looking to pick up titles this year so I can’t wait.

“Once you get hold of that first title you can then push onto bigger and better things, but I’m not looking past Joyce and I’m fully focused on him.”

There are a number of talented local boxers on the undercard in Manchester, including Ben Sheedy, Craig Bunn, Macaulay McGowan, Adam Hague and Damian Chambers.