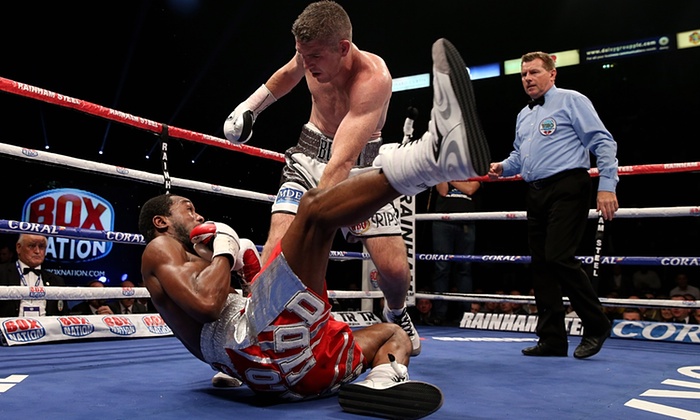 Liam Smith has become the new WBO world super-welterweight champion after seeing off John Thompson with a seventh-round knockout in Manchester.

The 27-year-old Smith was given the Twitter vote of confidence by England and Manchester United footballer Wayne Rooney prior to the bout for the vacant belt, and the Liverpudlian seemed to take heart as he slowly grew into the fight following a defensive first few rounds.

By the time the sixth round came Smith, one of four boxing brothers, was on the rise thanks to a few well-placed jabs and he produced the decisive punch in the seventh, leaving the referee to wave the fight in his favour.

Smith, who extended his run to 21-0-1, said: “I can’t describe how I feel right now, it just hasn’t sunk in, but I can tell how much it means to everyone around me.

“I’d be a liar if I said I never looked past Thompson but the situation that it was, I just did. I seen Shane Mosley calling out Cornelius Bundrage last week and he doesn’t even have a world title. I have the world title now, so Shane Mosley should be calling me out.

“These are massive fights and massive names. People chase world titles and I have one so they’ve got to chase me now. I’m excited to see what names I get offered now.

“I don’t really care where I defend my title but I have fulfilled one dream and now another dream is to win a world title in America. I would love to defend it back home too; I’m defending a world title wherever and that’s just amazing.”