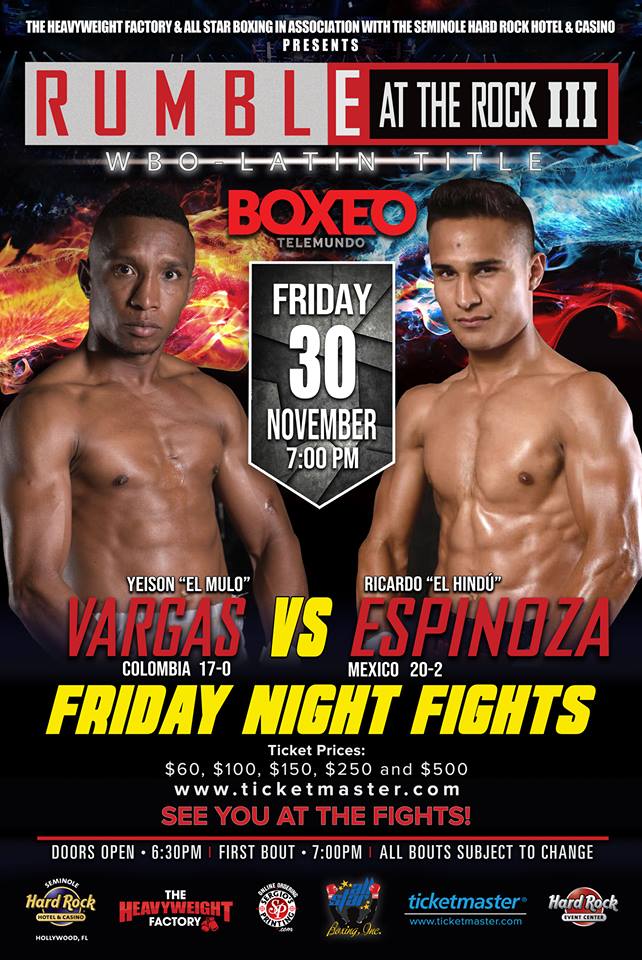 Espinoza is coming off an impressive second round stoppage of then #3 WBO ranked bantamweight Daniel “El Alacran” Lozano during Boxeo Telemundo summer series.

“I’m prepared to defend my title at all cost, I earned this title. I want to show all my fans that I’m worthy of a title opportunity after this fight” said Ricardo “Hindu” Espinoza, WBO Latin Champion.

“I know that Hindu Espinoza thinks he’s just going to come here to the Hard Rock and run right through me. I got bad news for him. The tables will turn on him come Friday night” said Yeison Vargas, undefeated prospect.

Espinoza vs Vargas will air LIVE on the Telemundo network this Friday at 11:35pm. Check your local listings.