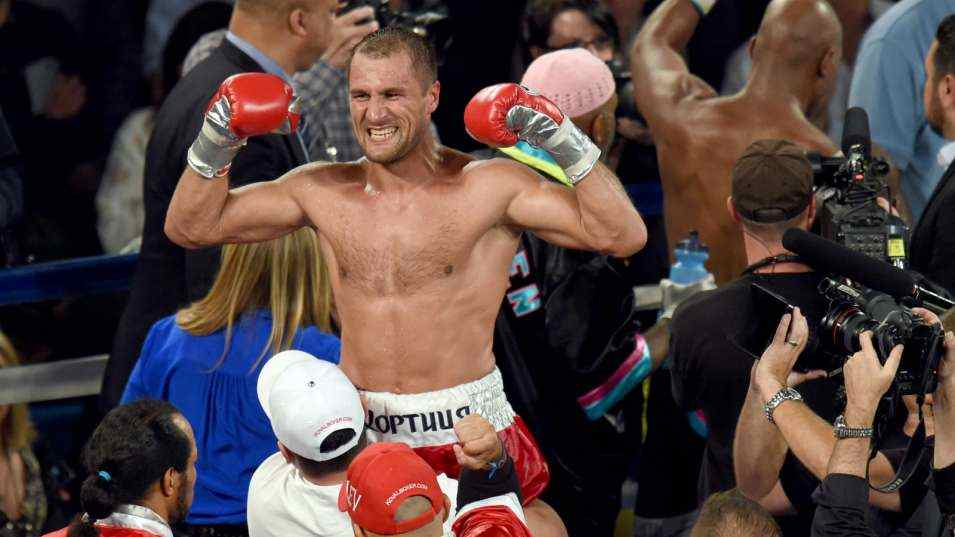 Kovalev has three versions of the 175-pound belt after taking two from the 49-year-old Hopkins in the decisive victory. Kovalev is 26-0-1 with 23 knockouts.

Kovalev received winning scores of 120-107 from two judges and 120-106 from the third. The 31-year-old Russian won the IBF and WBA light heavyweight belts to go with his own WBO title.

Two months shy of 50, Hopkins (55-7-2) could face retirement after a rare title bout where he was never a factor. Kovalev knocked down Hopkins in the first round and never backed off his punishing pace.

Kovalev hadn’t fought past the eighth, but was at his best against Hopkins in the 12th. He wanted the KO and battered Hopkins against the ropes, making the Philadelphia fighter at last look his age.

“I wanted to show fans that I know how to box and I did,” Kovalev said. “I tried to go for the knockout in the 12th round. He has great defense. He’s the best boxer in my division.”

Hopkins felt every single one of Kovalev’s blows in the 12th. And there were plenty of them in that final round. Kovalev landed 38 punches in the final round, the most ever against Hopkins in 41 fights tracked by CompuBox.

The pro-Hopkins crowd chanted “B-Hop!” and “U-S-A!” to rally the veteran driver. It didn’t work.

Kovalev dropped Hopkins with a solid right early in the first round, but the veteran hopped right up. Kovalev smelled blood and became focused on finishing off Hopkins with a knockout.

He pummeled Hopkins in the final 45 seconds of the third round. Kovalev was at his best when he backed Hopkins into a corner and unloaded body shots that left him reeling.

Hopkins just wouldn’t go down for good. He had his best round in the seventh, landing a couple of rights that had little meaning in the long run.

Kovalev answered in the eighth with a hard right that wobbled Hopkins. Kovalev kept it up until the 12th. Respect for Hopkins’ Hall of Fame resume was about the only thing that kept the referee from stopping the fight.

“I give him a lot of respect, we both would fight anyone,” Hopkins said. “That’s how we ended up here tonight. That’s what brought us together.”

But did it bring Hopkins to his professional end?

Hopkins lost his professional debut to Clinton Mitchell at Resorts Casino in Atlantic City in 1988. Kovalev was just 5 years old and living in Chelyabinsk, Russia at the time. Hopkins took 15 months off before fighting again, defeating Greg Paige at Philadelphia’s Blue Horizon, the first of 22 straight victories that wouldn’t end until he lost to Roy Jones Jr. in 1993. The 45-year-old Jones was on HBO’s broadcast team for the fight.

De La Hoya was at the fight, too. Hopkins is a minority partner with De La Hoya in Golden Boy Promotions.

De La Hoya said after the fight Hopkins will fight again and still has options in a lower weight class.

Hopkins was 48 for that bout. He won his next two bouts to set up the unification fight with Kovalev.

Now, it’s Kovalev’s turn to stand atop the division.