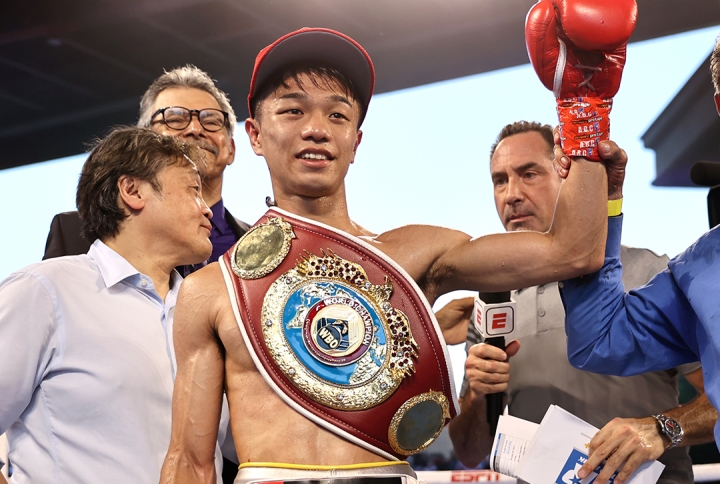 Nakatani made the most of his advantageous height and reach, lopsidedly hitting the shorter challenger at will and finally stopping him with an unanswered combination midway through the fatal eighth round.

Nakatani, 24, made his second defense and showed his improvement in hand-to-hand fighting, but could soon break through the 112-pound class due to his difficulty making weight.

The referee was Katsuhiko Nakamura, who stopped the match at the right moment to save the swollen-eyed from further punishment. The official time was 2.20 minutes of the eighth round.

The WBO Flyweight Champion Junto Nakatani is truly a world class talent that people aren’t talking about enough. Got the 8th round stoppage after dominating from start to finish. #NakataniYamauchi | #DAZN