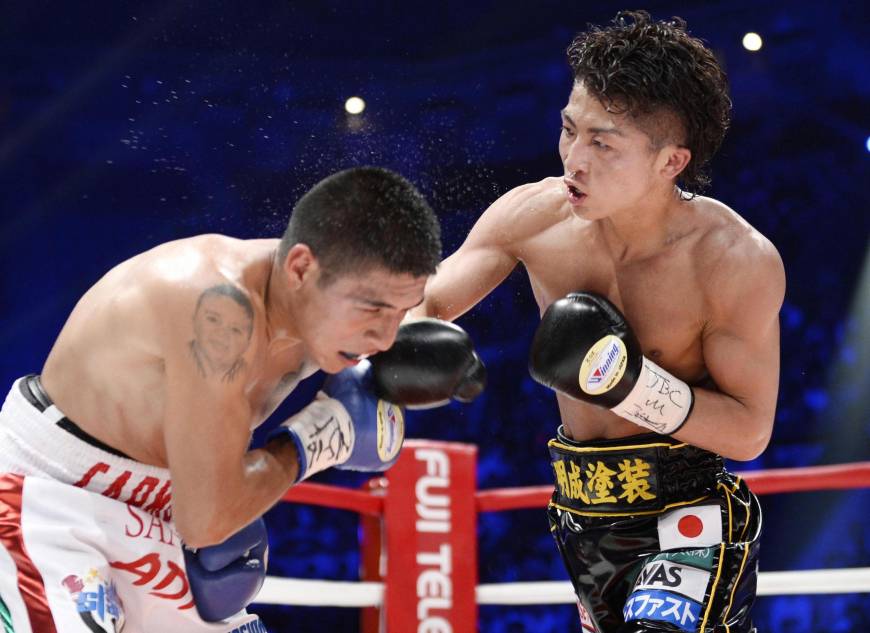 Naoya Inoue lands a blow during his bout against David Carmona on Sunday. | KYODO

The-23-year-old Inoue went on the offensive from the first round of the second bout, making good use of his left hooks and straight rights and landing blow after blow to knock Carmona off balance in the fifth.

Although Carmona made a fight of it in the second half of the match, Inoue came up with more strong rights in the 12th round to the result beyond doubt.

Inoue, however, was less than happy about his performance.

“I have betrayed expectations spectacularly and I am sorry for that. It was an embarrassing fight,” he said. “Carmona was tough, he defended solidly and it was hard to break him down.”

Inoue has won all 10 of his fights, eight of them by knockout, and Carmona has 17 wins (6 KOs) against two losses and four draws.