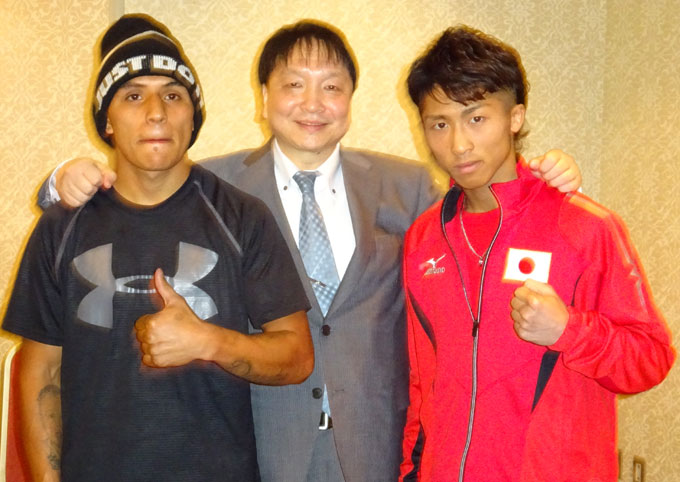 HOW FAR INOUE CAN GO WITH HIS SIZE There was a medical exam today (Thursday) for the forthcoming WBO/IBF world title doubleheader in Tokyo, Japan. The results were as follows:

To be frank with you, this reporter really realized the size of “Monster” Inoue at today’s medical exam. Every Japanese boxing people, including former world champions and influential promoters here, admit Naoya Inoue’s extraordinary talents in hard-punching, speed on food and hand, reflexes to avert punches of his opponent, and some describe him as the best ever produced in Japan, even including Fighting Harada, Kuniaki Shibata, Yoko Gushiken, Jiro Watanabe, etc. Inoue, now still 23, has displayed tremendous performance in nine professional bouts and in sparring sessions (where he beat up almost every name partners including Yaegashi, Malcolm Tunacao, Yu Muranaka, other name Filipino boxers including Rocky Fuentes, Sony Boy Jaro, Rey Loreto, Giovanni Escaner, etc.). At this stage of his career we admit Naoya is superb and special enough to be called the best of the best in our Japanese boxing history.

But Inoue truly is small. He is only 5’4.5” in height and weighs only 115 pounds plus, though he usually weighs some ten pounds over the junior bantam limit. At this moment, Inoue, Japan’s Mighty Atom, may defeat Roman Gonzalez, Carlos Cuadras, and other champions un to the bantam category. But can he or will he be able to defeat Guillermo Rigondeaux, Carl Frampton and/or Leo Santa Cruz?

This reporter personally thinks it is very possible that Inoue, even now, can beat up and knock out Rigondeaux, Frampton and/or Santa Cruz. These boxers don’t master how to put the weight behind his punch, so they are all soft-punching pugilists depending only on fast combination punching, while Inoue can sink or finish his opponent with a single shot with precision.

But problem is his size. This reporter wonders whether Inoue will be able to defeat Adrian Broner even if Monster can punch much harder than Problem. Anyway, “Monster” Inoue will defend his belt against WBO top contender Carmona on Sunday and may try to demonstrate his tremendous talents against name opponents in the US, but there may be unfortunately a physical limit for Inoue to go over the wall.