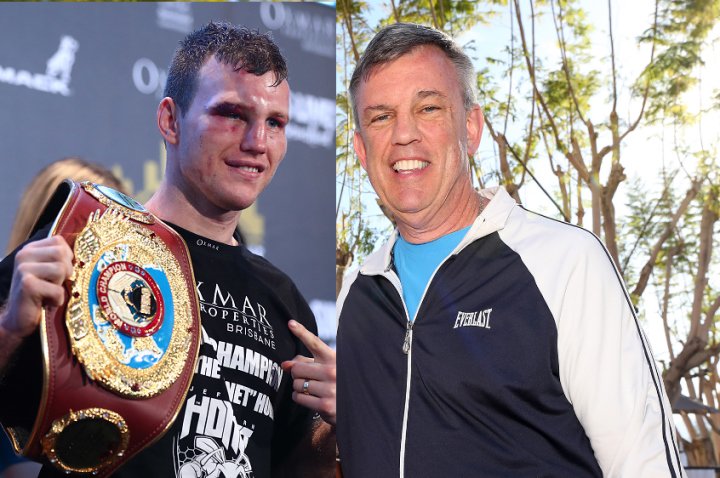 Horn: Atlas Tried To Ruin My Moment, Say What You Want Teddy!

WBO welterweight champion Jeff Horn (17-0-1, 11 KOs) was not happy with the way Teddy Atlas spoke to him, during their post-fight interview.

Horn is the new owner of the WBO championship after a controversial points victory against Pacquiao on Sunday in a brutal slugfest at Suncorp Stadium in Brisbane, Australia.

The unanimous decision in favour of the 29-year-old has prompted a storm of debate over the scorecards, with a host of prominent US celebrities, broadcasters and sports stars weighing in, and some even suggesting the outcome was rigged. Judges Waleksa Roldan (117-111), Chris Flores (115-113) and Ramon Cerdan (115-113) adjudicated the fight. Roldan and Flores are from the United States and Cerdan is from Argentina, yet there have been accusations it was a hometown decision.

According to CompuBox statistics, Horn landed just 92 punches to Pacquaio’s 182, but some rounds were tight and difficult to score.

When the decision was announced, Atlas was furious and expressed his anger to millions of viewers who were catching ESPN’s coverage.

Then, in a post-fight interview at ringside, Atlas told Horn to his face that he didn’t think he won the fight.

“Congratulations, great effort, but I thought you lost,” Atlas said. Pacquiao, standing alongside them, cracked a wide smile.

On Monday, Horn explained that he felt the timing of Atlas’ rant was lacking class.

“Everyone has a right to their opinion. The timing of their opinions can be a bit off sometimes. He was trying to ruin the moment for me at that point. It would have been good for him to say it another time. Say what you want, Teddy,” Horn said.