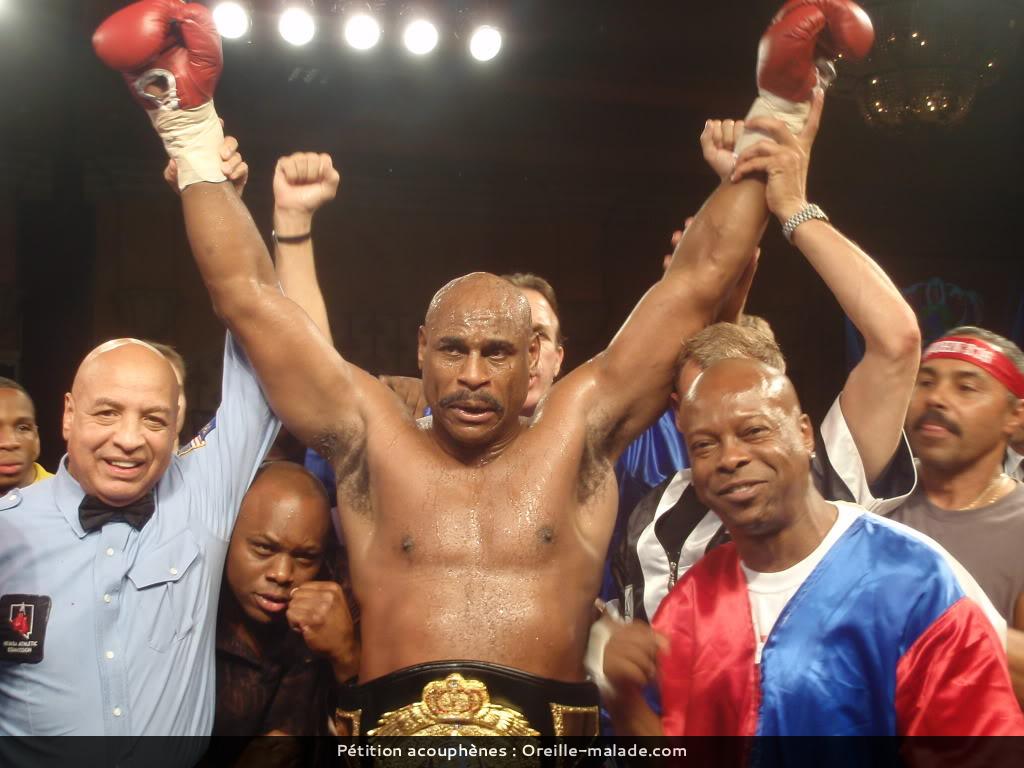 Evander Holyfield was at the premiere for the boxing documentary film “Road to the Ring: A Boxing Journey” in North Tonawanda, NY on Saturday. The 46-minute documentary was produced by John Patus of Stone Canyon Films and directed by Jerry Zolner. The film chronicles the journey of three Canadian amateur boxers as they prepare for the Ontario (Canada) Boxing Championships. John Patus sees this documentary as an inspirational tool not only for boxers and athletes but also in life itself. The story not only deals with the physical demands of the sport but the mental part, which may be of more importance. Holyfield chose to be part of Road to the Ring for its inspirational message and for its charitable cause. Proceeds will go to amateur sports, underprivileged youth and the Holyfield Foundation. Holyfield fielded questions and the end of the documentary and was given a Star on the Walk of Fame at the Buffalo Niagara Film Festival location. For more information about the documentary go to www.thebnff.com