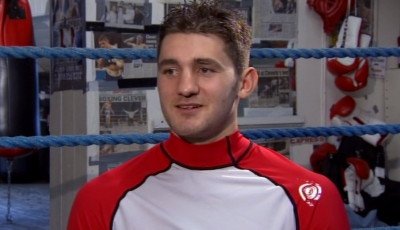 After a four year drought, WBO light heavyweight champion Nathan Cleverly (23-0, 11 KOs) receives a well earned homecoming this Saturday when he defends his WBO belt for a third time against Pennsylvania’s Tommy Karpency (21-2-1, 14 KOs) at the Motorpoint Arena in Cardiff, Wales. An impressive victory will leave Cleverly primely placed for a huge outdoor blockbuster in the summer that could elevate him into an elite level earner.

For me, Hopkins is number one in our division. He’s the oldest world champion in the record books, a legend, but, with my youth and enthusiasm, I’d definitely fancy it.

I view (WBC king) Dawson as the most dangerous in the division. He’s big at the weight, southpaw, heavy handed and technically good as well. The timing would have to be right for that one, maybe a few more fights down the line.

Pascal is a fight that definitely interests me. I think our styles would really blend well. He’s a big name and a huge draw in his home country. I’d be prepared to go to Canada, if needed. He’s big, strong, powerful, pumped up, explosive but I’d back my speed and stamina to wear him down over the 12 rounds.

Shumenov (the WBA champion) is more inexperienced and that would be a good unification fight, a good stepping stone. He’s young and hungry and he’d definitely give me a tough fight but, from what I saw of him against (Gabriel) Campillo, it’s a fight I should definitely win.

Cloud (IBF boss) is a very vicious fighter; a big puncher who likes to come forward and stamp his authority. He’s an American who’s been given the Jeff Lacy style hype. He’s also quite busy and fit. Like Pascal, I think our styles would mesh well. We all like to fight on the front foot and get involved. It could be very entertaining.

If I could choose, I’d go with unification against either Shumenov or Cloud. Both would be progressive moves towards getting to the very top guys in the division, Hopkins and Dawson.

On former champ Juergen Braehmer, who handed over the title to Cleverly by pulling out of three straight defenses late and getting stripped.

He did make a comeback recently but didn’t look too sharp. He’s too temperamental, too unreliable to line up a fight with.

On a possible fight with former WBC super-middleweight boss Carl Froch, whom Cleverly recently called out:

I just think it makes sense. Two top British fighters, just one weight class apart. It would generate a lot of interest. Carl’s mentioned stepping up before and he’s mentioned my name in the past. We’ve both displayed our heart and guts, both like to stand and trade so it’d sure to be entertaining. If that was offered for this summer, I’d definitely take it. Carl’s tough, has a granite chin so it’d likely be a distance fight but I just think I’d have too much speed and movement.

The way I train, I don’t need an opponent to get up for. My main focus is always to improve myself; to be sharper, fitter, more technically sound. I’ve just opened a new gym in Aberbargoed and training there, plus the opportunity to fight in Wales again and deliver a spectacular performance for the Welsh fans, provide me with all the motivation I need.