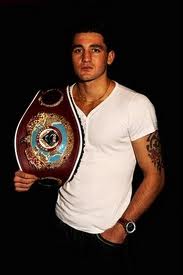 Nathan Cleverly is hoping to further enhance his box office appeal when he defends his WBO light-heavyweight title against Tommy Karpency.

The Welshman will make the third defence of belt against the American at Cardiff’s Motorpoint Arena on February 25, in what could be a stepping stone to a big open-air fight in the summer.

“Frank (Warren) has got big plans for me and to fight at Cardiff City’s ground would be a dream,” he said. “I’m still only 24 and time is on my side to achieve a lot of things.

“I know the big super-fights will come, I’ve just got to keep putting on good displays and we are progressively getting there.

“In the meantime I can’t be complacent by taking my eye off the ball and let Karpency upset the plans.

“I saw Karo Murat’s fight against Karpency when I was preparing for my fight against Murat and I saw that he’s a southpaw, tough, rugged and strong. He’ll come to have a fight with me, but I’ll break him down and look good doing it.”