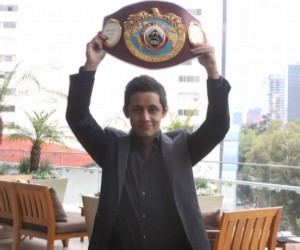 Former two division world champion Ivan Calderon (35-2-1, 6 KO’s) will face Mexico’s Moises Fuentes, the champion of the WBO at 105-pounds, on the 2nd of June and not May 26 as was previosuly mentioned. The fight is still slated for the Coliseum Mario ‘Quijote’ Morales in Guaynabo, Puerto Rico.

Originally the match was scheduled for April 28 in Mayaguez. However, Fuentes was injured in an optional defense and the date changed to May 26 in Guaynabo, and now the date is postponed again for June 2.

“We are discussing June 2 in Guaynabo  with the same opponent. We are waiting for official announcement. The difference is one week because the company (PR Best Boxing) will make two events, on June 1 and June 2, at the same venue,” Calderon said.