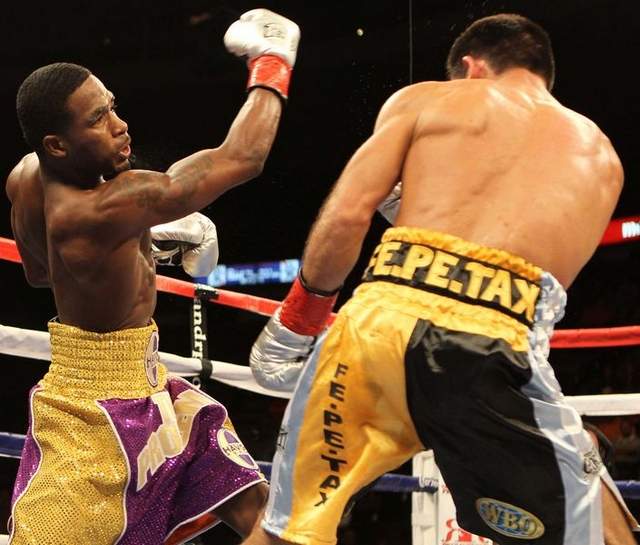 Adrien Broner (22-0, 18 knockouts) is wasting no time getting back into the ring, now that he holds the World Boxing Organization belt at 130 pounds. He’s defending his junior lightweight title Feb. 25 against Eloy Perez (23-0-2, 7 knockouts), in St. Louis as the co-feature event with his close friend, Devon Alexander.

“It helps both of them,” said Broner’s father, Thomas. “And it’s on HBO again, so it’s in both their interest to fill the place up, and I think they will.”

Andrew Williams, a co-promoter of Broner along with Golden Boy Productions, said Broner’s next fight after St. Louis will be back in Cincinnati in May.

“We’re looking to fight four times in ’12 – two on the road, two here,” Williams said. “HBO was very impressed with how we did here” Nov. 26, when Broner won the vacated WBO title by knocking out Argentinian Martin Vicente Rodriguez in the third round at U.S. Bank Arena.

Williams said he expects Broner to have an especially big fight at the end of 2012, and that it will be in Cincinnati.

“It’s good that he’s staying active – he’s the kind of kid who needs to be in the ring. He loves to box. He’s a gym rat.”

And, apparently, Broner’s beginning to make a name for himself nationally.

“Broner has quickly polarized boxing fans … Some love his flashy, brash style …. Others despise it.”