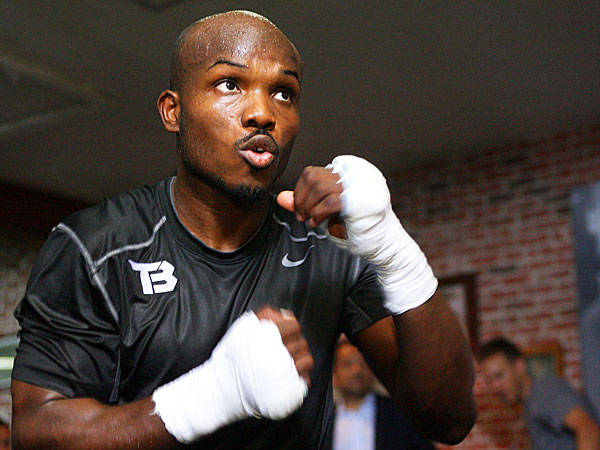 Timothy Bradley had largely boxed against Manny Pacquiao. He had been in a brutal brawl with Ruslan Provodnikov. And he then found a nice middle ground against Juan Manuel Marquez, fighting in an entertaining style that still allowed him to try to hit without getting hit.

Bradley’s now getting ready for his April 12 rematch with Pacquiao, and he believes that stylistically there will be differences in how he fights this time compared to how he boxed in their first meeting.

For one, he points to the injuries he suffered early in the first Pacquiao bout.

“Well the first time around, from the second round on, I was damaged goods,” Bradley told BoxingScene.com on Jan. 29. “I didn’t have my feet underneath me like I did in the Marquez fight. In the Marquez fight, I was able to show a lot of versatile things. I boxed, came forward a little bit, moved, counterpunched. I did it all in the ring, and I didn’t have that ability to do that in the first Manny fight.

“Plus this is going to be my third pay-per-view attraction,” he said. “I have gained a lot of knowledge, and I’m definitely a lot more comfortable now with the bright lights, because the lights are definitely brighter than the regular HBO fight. Millions of people are watching. People are paying to see the fight happen, so the lights are on, man.

“My nerves in the first fight with Manny Pacquiao were unbelievable. I had nerves and anxiety, and that can alter your game a little bit. So this time around, man, I’ll be a lot more relaxed. And the more relaxed you are, the better fight you’ll have.”

Bradley picked up a highly controversial split decision over Pacquiao back in June 2012. Even though he left with the official decision, Bradley is looking at this April 12 rematch as being “Redemption Day.”