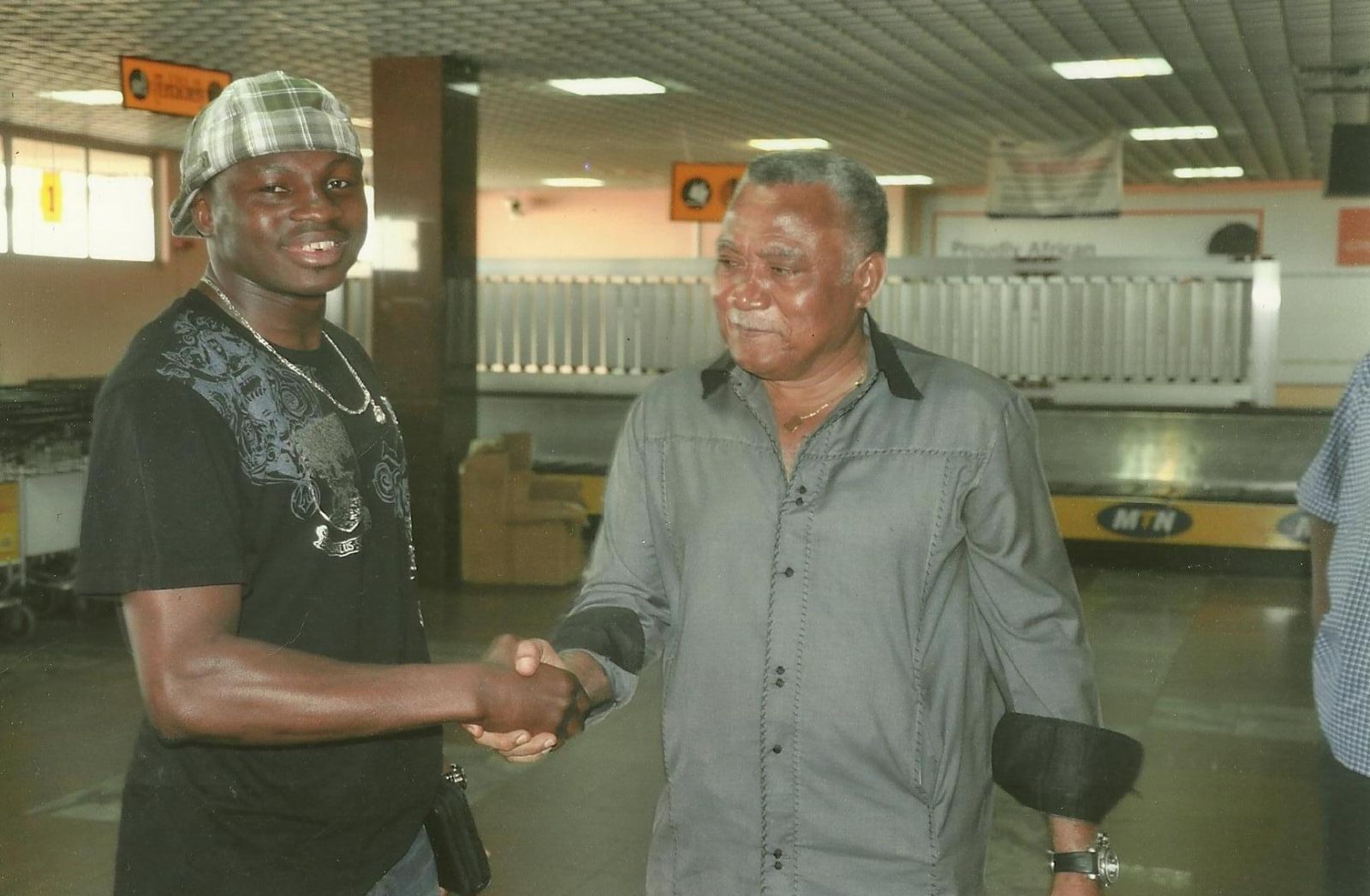 Lokossou retired in the seventh round as Akaba cruised to a Technical Knockout (TKO) victory on the main bout of the promotion dubbed: “Only the strong” and put together by Heart of Lions Boxing Promotions.

Akaba, 31, fighting for the first in 12 months was off-colour but gradually warmed himself into the course of the bout. Lokossou, twice loser against the Ghanaian had other things in mind as he opted to entertain the crowd with his body antics.

“I have disciplined him very well and I do not think, he will consider facing me again. I am looking forward to the title,” Akaba said after the bout.

As early as the second round, the ‘Golden Boy’ was in the lead as the Beninoi had no antidote to the flurry of punches visited on his face and body.

Lokossou made a serious impact in the early stages of the third round as he opened fire on his Ghanaian opponent forcing the latter to find solace on the ropes, but did not last.

Cautious-Akaba threw in everything from the fifth round as he attacked from the beginning till the end with the sixth round inclusive. His combination of punches and hooks dazed Lokossou, but he was saved by the bell in both the fifth and sixth rounds.

As expected, the Beninoi bowed out in the seventh round giving the ‘Golden Boy’ his 27th victory of his career.

Akaba was decorated with the title by Andrew Smale, Vice President of WBO Africa assisted by Samir Captan, President of the Ghana Boxing Authority and Godwin Kwame Ahiakpor, Chairman of Heart of Lions Boxing Promotions.