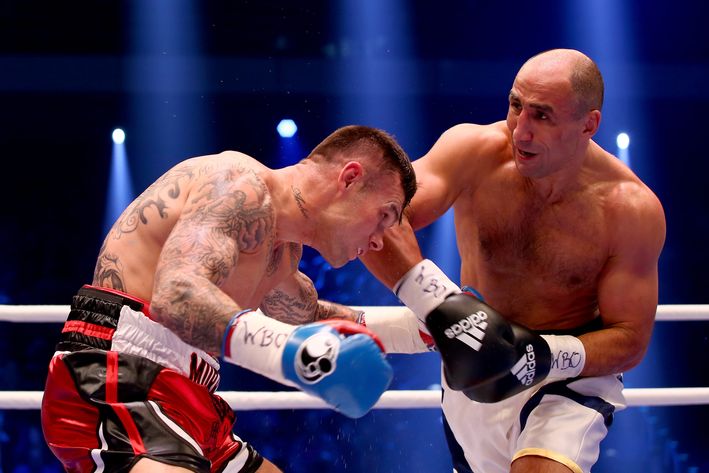 Arthur Abraham got the split decision nod without much controversy, and Martin Murray once again came up just short of a world title.

Martin Murray came up just that little bit short once again, and Arthur Abraham retained the WBO super middleweight title today in Hannover, Germany, on split decision scores of 115-112, 116-111, and 112-115. BLH scored the fight 114-113 for Abraham, with an 11th round point deduction against Murray the difference on our card.

Abraham (44-4, 29 KO) started slow, which is nothing new for the 35-year-old veteran titleholder, but picked up his pace starting in the fourth round, and was able to win the majority of the rounds from there on our card, though many were quite close. Murray (32-3-1, 15 KO) never went away, and was in the fight until the very end, competing on a pretty even level with Abraham.

The point deduction came as a result of excessive holding, with Murray, 33, having been warned a few times prior to that, and given at least one stern talking-to over the course of the bout.

For England’s Murray, this is a third very close call in a world title bout, of the four he’s had in his career. In 2011, he fought Felix Sturm to a draw in Germany, and in 2013 was arguably robbed of the middleweight championship in Argentina against Sergio Martinez. His other world title opportunity came in February of this year, as he went to Monaco and was smashed by Gennady Golovkin, and stopped in the 11th round.