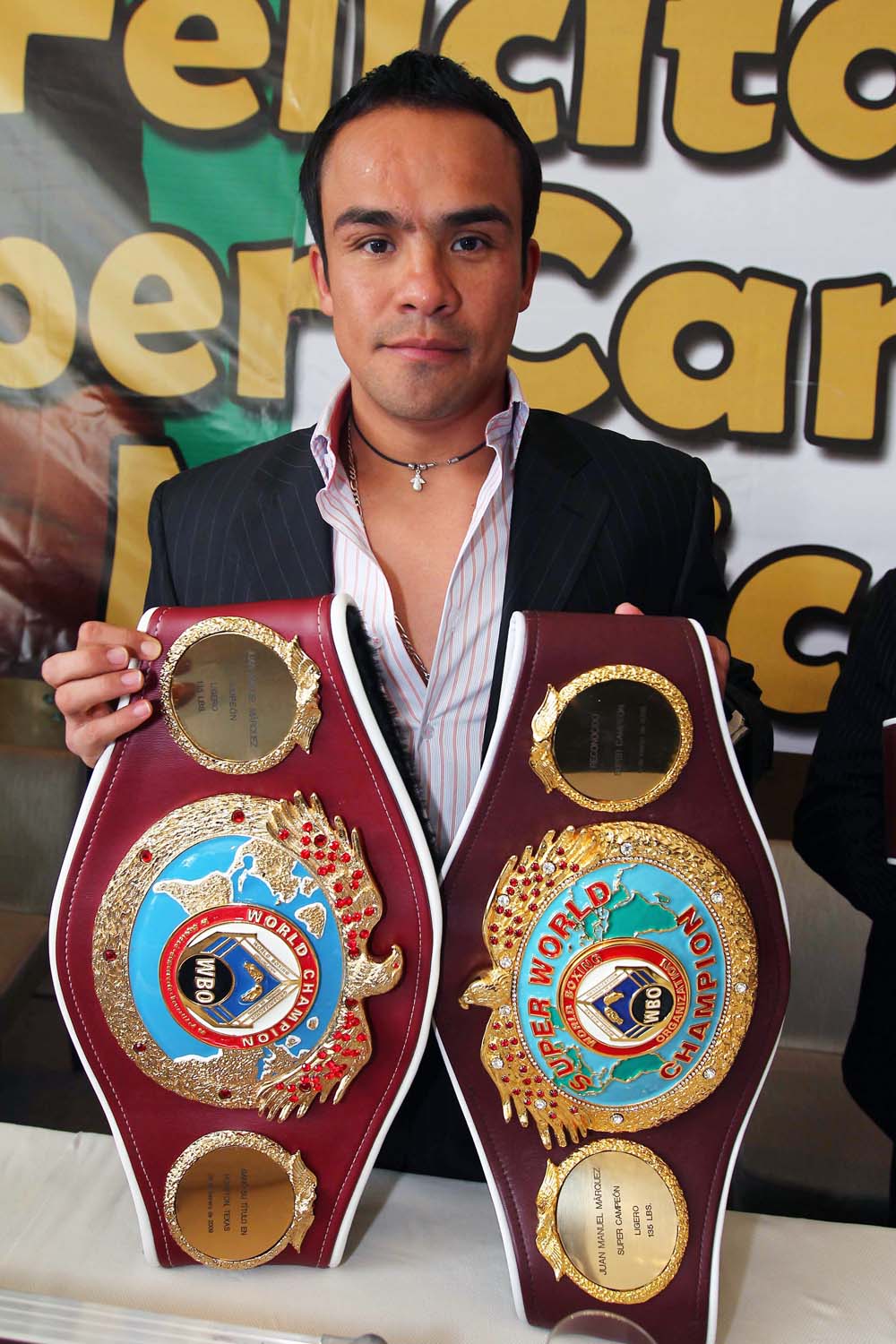 Juan M. Marquez: If No Pacquiao, I Want Timothy Bradley Juan Manuel Marquez (53-6-1, 39KOs), the lightweight world champion of the WBA and the WBO, is going to explore his options for 2012. The Mexican star is looking to have a fourth fight with Manny Pacquiao, the WBO’s welterweight champion. If no deal is made for Pacquiao, Marquez is willing to chase a world championship at 140-pounds, but he’s not interested in an all-Mexican showdown with Erik Morales. He would rather fight undefeated WBO king Timothy Bradley (28-0, 12KOs).

“My plans are not to retire, and I am focused on the fourth fight against Manny Pacquiao. So far I do not know if it will happen in May or all the way in November. If [the fight] is not made ​​soon, then I look for another great opportunity, like Timothy Bradley, the WBO’s junior welterweight champion,” Marquez said. “[Morales] is a great fighter, very good, but there are other opponents who are bigger, like Bradley. I want to face the best, and that’s what I remember Ray Leonard and Tommy Hearns doing.”

As previously reported, Marquez refuses to fight Pacquiao in Las Vegas. He would fight the Filipino champion in Mexico or a neutral location like Texas.

“With Pacquiao I said I would fight him, but outside of Las Vegas, where I was robbed [in more than one fight] against him. I doubt he would agreed to come to Mexico, or Azteca Stadium in Mexico. We could fight in Texas. I am able to fill the Azteca, but with prices according to the economy. I still hope to fight for one or two more years. At my age I can not think about continuing to fight for too many years. Boxing is dangerous, and no matter how much money you can win, you won’t be able to buy another brain. ”