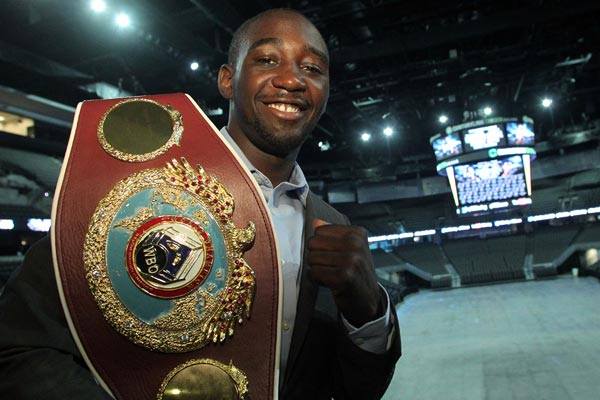 Debate breaks out at Crawford-Gamboa press conference in Omaha Undefeated world champions Terence Crawford and three-division champ Yuriorkis Gamboa, who share identical records of 23-0 with 16 KOs, today officially announced their June 28 clash for Crawford’s newly-won WBO lightweight title at the CenturyLink Center in Omaha, Nebraska. In an unusual press conference, Gamboa made his statement, then Crawford spoke. But rather than having things wrap up, Gamboa wanted to come back to the podium to rebut Crawford and the debate was on.

Yuriorkas Gamboa: I came here to prove to everyone, my critics and fans alike that I’m willing to fight Terrance in his own backyard so everyone can witness a great fight.

Terrance Crawford: It’s going to be a good fight. I know that. Gamboa is a truly incredible champion. I have nothing bad to to say about the man. The only thing I can say is he shouldn’t have took this fight.

Bob Arum: OK. This is usually for a debate but I’m willing to go along with it…a rebuttal from the challenger Yuriorkas Gamboa.

Terrance Crawford: One thing. You ain’t fought me yet.

Yuriorkas Gamboa: You’ve never fought an Olympic champion like I am and a three division world champion. You can’t say that.

Terrance Crawford: Hey. This ain’t amateurs. This is the professional game. You got a zero, but it’s going to be a loss.

Yuriorkas Gamboa: Exactly. I’m a three category world champion and what are you?

Bob Arum: One thing that’s great about boxing. On June 28, it’ll all be decided. The fighters will decide who is the best.