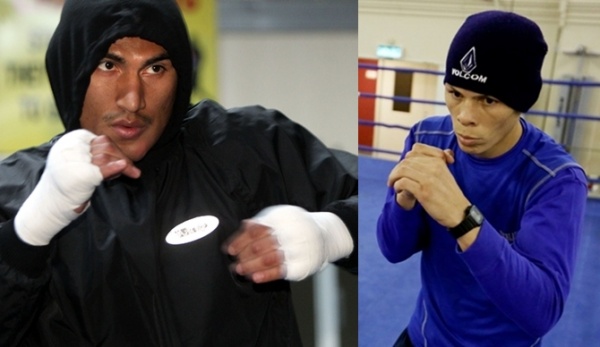 Mikey Garcia to Return on November 9 Against Rocky Martinez Former WBO featherweight champion Mikey Garcia will be making his junior lightweight debut on November 9 in Corpus Christi, Texas to challenge Rocky Martinez for the WBO title, as reported by BoxingScene.com.

Garcia (32-0, 27 KO’s) attempts to make a run at junior lightweight after having been stripped of his featherweight title in June for failing to make weight for a title defense against Juan Manuel Lopez in Dallas. His struggle to make the 126-pound limit was well documented in the HBO coverage prior to the bout, a fight he won with ease by fourth round TKO over the poorly coordinated and shopworn Lopez.

Neither the move up in weight nor the opponent comes as a surprise, as Martinez (27-1-2, 16 KO’s) had been targeted as a potential future partner for Garcia even prior to the Lopez fight. Martinez retained the WBO junior lightweight belt with a disputed draw against Juan Carlos Burgos on the undercard of Garcia’s fight against Orlando Salido in January at Madison Square Garden, where the technically gifted and powerful boxer-puncher from Oxnard, California defeated Salido for the featherweight belt. The action was called to a halt in Round 8 after Garcia’s nose was broken by an unintentional headbutt, leading by a wide margin on all three scorecards to secure the victory.

This will be the third title defense for Martinez who beat Diego Magdaleno this past April in Macau by split decision. The 30-year old Puerto Rican champion possesses the straight ahead, come forward style that plays right into the hands of the talented Garcia and should make for an entertaining scrap while it lasts.

Martinez vs. Garcia is expected to be part of an HBO televised triple-header that will also feature the Nonito Donaire vs Vic Darchinyan rematch, plus Demetrius Andrade vs Vanes Martirosyan for the vacant WBO junior middleweight belt.