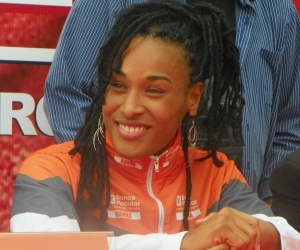 Costa Rican boxer Hanna Gabriel (13-0-, 9KOs), the female junior middleweight champion of the World Boxing Organization (WBO), is recovering after an operation which she underwent on Thursday to correct a spinal issue. According to Dr. Javier Gutierrez Bonilla, the operation was a success, and the boxer was discharged on Friday. The story generated a lot of interest in the Costa Rican press.

The boxer believes that she wasn’t even at 50% of her capacity in her recent fights because the pain prevented her from taking part in various exercises. Now, Hanna has a vision of a better future and she is already planning to put together a tougher training plan.