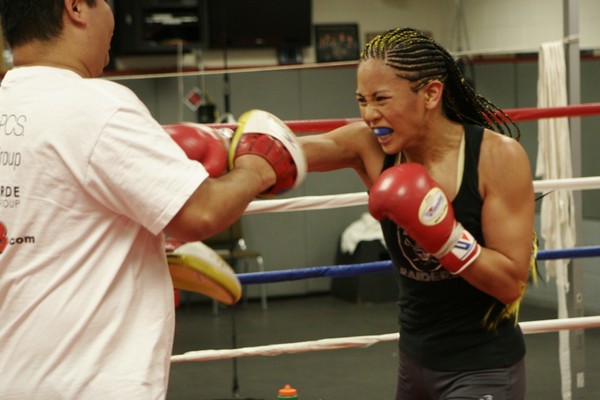 Exclusive Images: Ana Julaton in the best shape of her career for Argentina bout

If the fight were tomorrow, 3-time World Champion and current WBO Female Jr. Featherweight Ana “The Hurricane” Julaton says she is more than ready to go. Of all her training camps, this one stood out for the level of focus and concentration Julaton and her team put in, and it shows in her physique during her last training session in Las Vegas, Tuesday afternoon. Sporting strands of golden locks which she says represents the colors of the three stars and the sun in the flag of the Philippines, Julaton is ripped and firing at all cylinders. With the help of trainer Angelo Reyes, Julaton and her team went on lockdown with nothing in their minds other than putting on a sensational performance against the undefeated Yesica Marcos in her WBO Jr. Featherweight title defense on March 16 in Argentina.