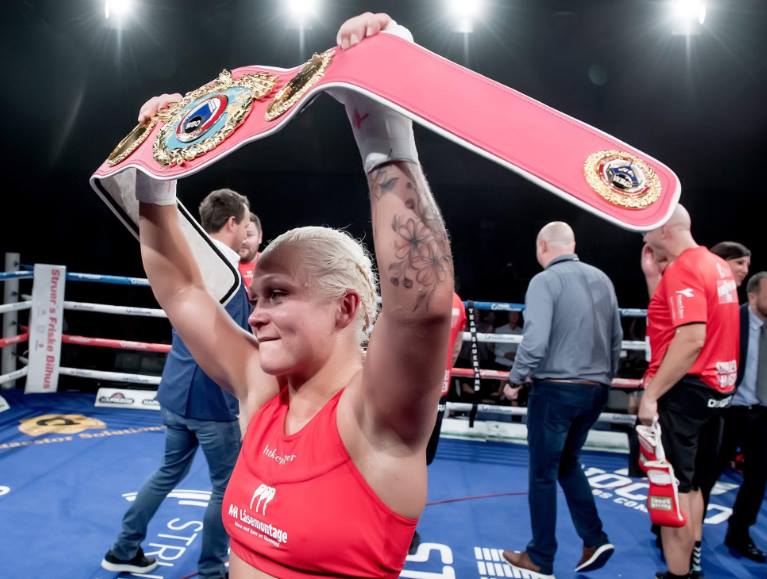 Thorslund returns to her hometown fortress for a fourth time to make the first defence of the WBO World title she claimed with a unanimous points win over Mexico’s Yessica Munoz at the Struer Energi Park on August 25.

The 25 year-old is currently Denmark’s only reigning World Champion, the first Dane to have won a World title since Mikkel Kessler, and only the second female in Danish boxing history to have achieved this success.

“This will be the fourth time I box in front of my fans in Struer,” says Thorslund. “It has been amazing every other time, and I hope it will be again. It is almost too much to hope for, but so far, the support has only improved each time. It’s hard to describe how much it means to have people in Struer to back me up.

“Alesia Graf is tall so she poses a different kind of challenge than I’m used to. She’s a good fighter, but let me make it clear: I’m not afraid of anyone!”

Graf, nicknamed ‘The Tigress’, from Stuttgart, Germany, has held versions of the World title in both the Super Flyweight and Super Bantamweight divisions, as well as challenging for the Bantamweight crown on three occasions. She is an experienced contender, who is confident of upsetting the home fighter.

“This is a big opportunity for me to fight for the WBO World title,” said Graf. “Dina is undefeated, which obviously says something about her, but I go into every fight with the intention to win, and this is no different. I will prepare as best as possible. It will be an exciting fight for sure, with me coming out on top.”

Tickets for Double Trouble: Dina Thorslund vs. Alesia Graf are on sale now and available online via http://www.ticketmaster.dk or by calling (+45) 70 15 65 65.