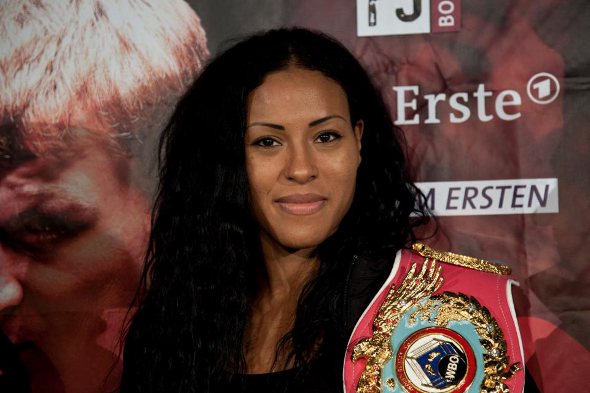 Cecilia Braekhus (20-0, 5 KOs) defended her WBA/WBC/WBO Female Welterweight Titles at the Nordic Fight Night in Herning, Denmark on Saturday night, beating highly-rated Jessica Balogun (22-2, 10 KOs) on points. The First Lady was ahead 99-92, 97-93 and 97-93 on the scorecards. “Jessica was a tough opponent, we knew each other very well, but I did what we had trained for and I am happy about the win,” Braekhus said. “This was a good victory for me.”

Braekhus stamped her authority on the battle early, landing good one-two combinations and uppercuts. Balogun kept pressing but had most attacks absorbed by the First Lady´s defense. In the later rounds, Braekhus turned it on again and showed her superior boxing skills as she cruised to a clear points victory. “This was a great performance against a very tough challenger,” promoter Nisse Sauerland said. “Now Cecilia will go on vacation, take a rest and then defend her title collection against the winner of the Holm-Mathis fight in what will be the female clash of the year..”