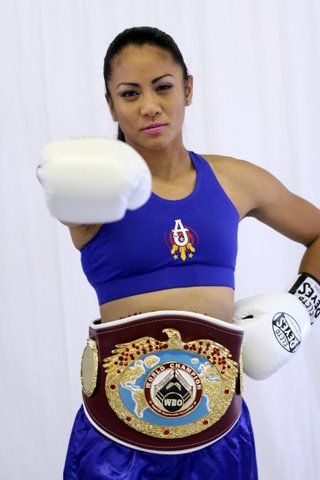 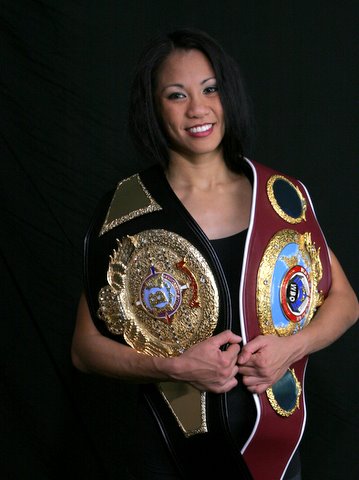 Ana Julaton has the belt, the global television deal, and the name.

So why is “The Hurricane” defending her WBO junior featherweight title tomorrow
in Jessica Villafranca’s backyard of Mexico?

“It is important to continue to showcase Ana’s talents globally and get her the most
exposure,” said her promoter, Allan Tremblay. “Mexico is right now the where
female boxing is thriving. I am confident Ana will flourish here in Mexico and like
Manny Pacquiao, her skills will speak for themselves to the boxing fans in Mexico.”

“I love the people of Merida and the Yucatan,” Julaton, No. 7 in CSNBayArea.com’s
NorCal pound-for-pound rankings, said. “They have been so welcoming to me. They
make me feel like a welcomed champion and it doesn’t shock anyone that I am a
female boxer, as it oftentimes happens in the U.S.A. I appreciate that they respect
fighters whether it is male or female.”

After months trying to a secure a unification bout with WBA champ Chanttall
Martinez of Panama, Julaton (9-2-1, 1 KO) has since turned her attention to
Villafranca (12-3, 6 KOs), an 18-year-old from Nicolas Romero, Mex., whom despite
her youth has already challenged for three world titles.

“I know [Villafranca] is a tough opponent because she had a strong action-packed
fight in her previous WBO championship fight in August [against bantamweight
champ Kaliesha West],” Julaton said. “I know she is fresh and ready to take what I
have. I am here to show why I am the champion.”

“She has never been stopped, which would mean that if Ana does it she would be the
first to do so,” Angelo Reyes, Julaton’s longtime advisor, said of the opponent.

“The Kaliesha West fight was scored very close and the judging was an issue. The
WBO addressed it, and they explained it will be all fair judging. For this fight, we’ll
have two Mexicans and an American, Levi Martinez.”

Before traveling to the Gimnasio Polifuncional in the Yucatan Peninsula, the 31-
year-old Daly City native held training camp away from her usual Hollywood
headquarters and trainer Freddie Roach, who was in Colorado Springs as a
consultant for the U.S. National Team this month.

“I saw Freddie before he went to Colorado and he saw that I was in shape,” Julaton
said. “We worked on a few things then. Following my promoter’s suggestions, I went to [Las] Vegas for the heat simulation and was able to get great work at the
UNLV Gym.”

Stepping in was the very capable Reyes, who has worked the corner in his absence,
most recently in an eight-round non-title victory over Angel Gladney in Miami. The
fight was a brawl that resulted in a deep cut over Julaton’s left eye that has since
healed.

“I have a great deal of faith in Angelo Reyes, and it showed in the Alcanter fight
when Freddie couldn’t show up to Ana’s fight because of commitments made to his
other champions,” Tremblay said.

“Freddie trained her up until the day of weigh-ins. Same scenario for the fight in
Miami in June. Angelo has always been the consistent assistant coach for Ana, and
Freddie knows she listens to his voice as well.”

The inquiries about Julaton’s path following Friday’s fight have increased, especially
since the encounter with Gladney took place at the featherweight division.

Could she be looking at a move north to 126 pounds, or will she remain at 122 and
continue to pursue Martinez?

“I’m only concentrating in this moment,” Julaton said. “I am very focused on this
fight only and have not thought about anything else because it’s always dangerous
to go into a new venue with new climates fighting the hometown challenger.”

Reyes echoed his fighter’s comments, but revealed a few plans.

“We have been focused on this fight only, but I would be lying if I said we haven’t
thought about the Martinez fight,” he said. “I know Ana would beat Martinez, and
that would be a great unification fight for all people to watch. So my dream would
be to have that aired on Showtime or HBO.”

Of course, until it’s over, tomorrow’s fight is the most important one. Before today’s
weigh-in, Julaton held a video teleconference with Filipino channel GMA News,
where she received some encouragement from friend and fellow Roach fighter,
Manny Pacquiao.

“Millions of Filipinos are behind you to support you, and I wish you good luck and
[to] do your best,” Pacquiao said, later predicting a Julaton victory.

With her fight being broadcast worldwide through the GMA family of global
networks, Julaton understands that the onus will be on her to win impressively if she wants to make a case for bigger fights down the road in the Bay Area, Canada, or
the Philippines.

“I am here to put on a good show for the people, and I want to thank everyone who
will be supporting me, she said. “The people who watch it will see an action packed
fight. I promise!”